Why Yellen’s Wall Street windfall is getting a pass 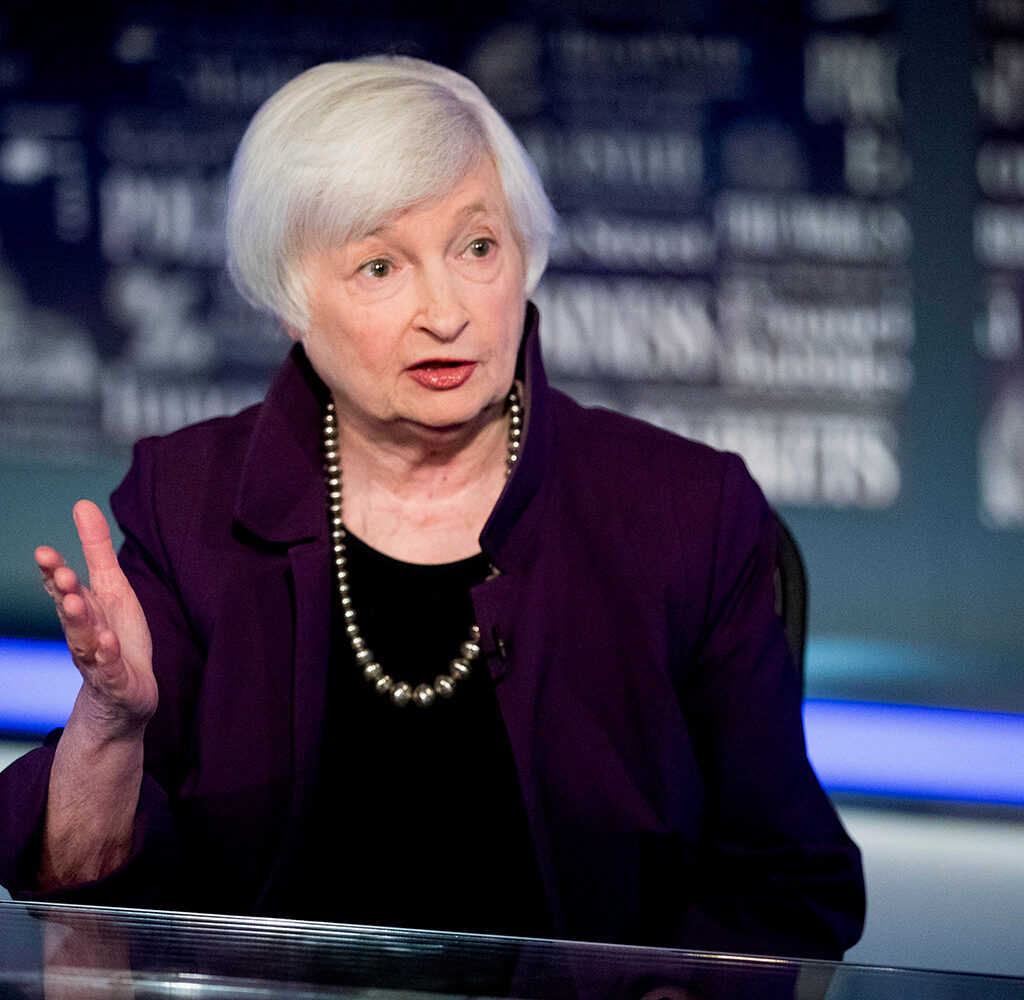 The former Fed chair’s past comments help explain why many Democrats are confident she won’t be beholden to financial interests.

Treasury Secretary-nominee Janet Yellen’s revelation that she received more than $5 million in speaking fees from financial firms raised concern among some progressives that she’s too cozy with Wall Street.

But a review of her public remarks suggests the opposite: She wants to crack down on key areas of finance instead.

Yellen, whose financial disclosures show that she earned a total of $7 million in fees over the past two years, voiced worry about insufficient oversight of large firms that serve as hubs of lending or investment. She says regulators should particularly consider reining in hedge funds and other firms that have escaped heightened scrutiny since the 2008 credit crisis, including in the landmark Dodd-Frank law, which largely focused on big banks.

In June 2020, she argued that Congress had left gaping holes in supervising the activities of “shadow banks” — a term that refers to everything from asset managers and insurers to private equity firms. Those gaps meant that the Federal Reserve had to step in at the onset of the coronavirus pandemic to prevent debt markets from breaking down as panicky investors in mutual funds and other firms pulled money out.

“There really are problems here in the powers created by Dodd-Frank, and we’ve seen it all blow up except for the Fed intervention that saved us from a financial crisis,” she said at an event hosted by the Brookings Institution, where she is a distinguished fellow. “I personally think we need a new Dodd-Frank.”

While statements like that may set up a potential clash with Wall Street if she is confirmed for the Treasury post, Yellen — a former Fed chair — is no enemy of finance. Still, those comments, as well as her record as a bank regulator, help explain why many Democrats are confident she won’t be beholden to financial interests.

“People from the public and private sectors seek her wisdom and trust her expertise because of her transparency and in-depth knowledge of the issues,” Sen. Sherrod Brown (D-Ohio), one of Wall Street’s toughest critics in Congress who is poised to chair the Banking Committee, told POLITICO. “She is the kind of public servant we need, and I thank her for returning to public service at the height of yet another crisis.”

After her disclosures were released, Jeff Hauser, director of the progressive Revolving Door Project, tweeted that the speaking money “builds personal affection and connection with the firms Yellen will now scrutinize.” But even he says he’s not too bothered by it.

If “Yellen gave war story speeches for big cash, it is unfortunate given her new role, but not a huge deal,” Hauser said, though he added that she should still make all her remarks public. “No one thought they were buying access to a future regulator, and war stories without secrets are very different than selling strategic advice based on public service.”

Yellen’s remarks at many of these events are not available, but in public speeches to some financial firms, she had other warnings for corporate America.

“What I would worry about is if the economy encounters a downturn, we could see a good deal of corporate distress,” she reportedly said. “If corporations are in distress, they fire workers and cut back on investment spending. And I think that’s something that could make the next recession a deeper recession.”

The speaking fees disclosed by Yellen over the holidays included more than $700,000 she received from Citadel, a hedge fund that is also affiliated with a broker-dealer, for four different commitments in 2019 and 2020, as well as another paid event in 2018, for which the amount is not disclosed because it didn’t fall within the reporting period. She received roughly $1 million from Citigroup, one of the country’s biggest banks, for nine different speaking events.

She spoke to other big companies, like Bank of America, Goldman Sachs, Credit Suisse, PIMCO, Google and Salesforce.

Many of the talks focused on her views of the economy, where the risks might lie, how the Fed might respond to those dynamics, and commentary on longer-term problems.

“I see the main driver for the trade war to be economic,” she said at a CEO summit hosted by ING, according to a highlight video posted by the company, which paid her $225,000, according to the disclosure. “It’s about stagnation of living standards and that has created a sense of despair.”

Yellen has pledged to go to Treasury’s ethics lawyers to “seek written authorization to participate personally and substantially in any particular matter” that involves a firm she received compensation from in the prior year.

Other Senate Democrats defended her, suggesting they don’t see the payments as disqualifying, even as other appointees have been criticized for more direct financial ties to corporations. Hillary Clinton famously took heat during the 2016 presidential campaign — even from many Democrats — for taking money from banks for speaking events.

Sen. Ron Wyden (D-Ore.), who will chair the Finance Committee, which has jurisdiction over Yellen’s confirmation, underscored that she has spoken in a range of forums, both paid and unpaid, since leaving the Federal Reserve in early 2018. “She’s been fully transparent,” Wyden said.

Sen. Elizabeth Warren (D-Mass.), who recommended Yellen to the Biden camp, had a more critical take — but only barely. An aide to the senator said Warren “doesn’t think she should have given these speeches, but based on the balance of Yellen’s record of standing up to the big financial institutions, she is supporting her nomination.”

Hedge funds are among the big financial institutions that Yellen has dealt with in her remarks.

In remarks at the June Brookings event, she said financial market stress in March showed that the risks posed by hedge funds’ debt-fueled investments “were very real and serious,” though she did not directly characterize them as responsible for the market seize up. Current regulators have said they would like more information on this front.

The Managed Funds Association, which represents hedge funds, said such firms “weathered the March market turmoil without posing systemic risk to the financial system” but added that they support looking into reforms to the structure of U.S. government debt markets.

Yelen has said the financial blowup last year should be a top focus. “We saw a financial system that did not react in a resilient way to the stresses, which makes for unfinished business in the current crisis, and reasons to worry about the stability of the financial system,” she said at another event, hosted by Institut Montaigne, that same month.

One of her solutions: give more power to the Financial Stability Oversight Council, a panel of financial regulators that is chaired by the Treasury secretary.

That council, which she would lead in her new role, was designed in Dodd-Frank to fill in some of these gaps, including by identifying large firms that, if they were to fail, could threaten the entire financial system and thus deserved stricter regulation. But she argued that the body had been “completely neutered,” both by the law itself and by litigation brought by MetLife that the Trump administration refused to appeal.

“We need to change the structure of FSOC and build up its powers to be able to deal more effectively with all of the problems that exist in the shadow banking sector,” Yellen said at Brookings.

She also said agencies like the Securities and Exchange Commission, which is tasked with ensuring markets function properly and fairly, should be given an explicit mandate to help prevent financial crises.

The need to increase financial regulation came up at a meeting between Yellen, her soon-to-be deputy Wally Adeyemo, and Americans for Financial Reform, a progressive watchdog group.

Adeyemo “emphasized the incoming administration’s commitment to restoring and rebuilding regulatory and consumer protection mechanisms and institutions including the [Consumer Financial Protection Bureau] and FSOC,” according to an official readout from the Biden transition team.