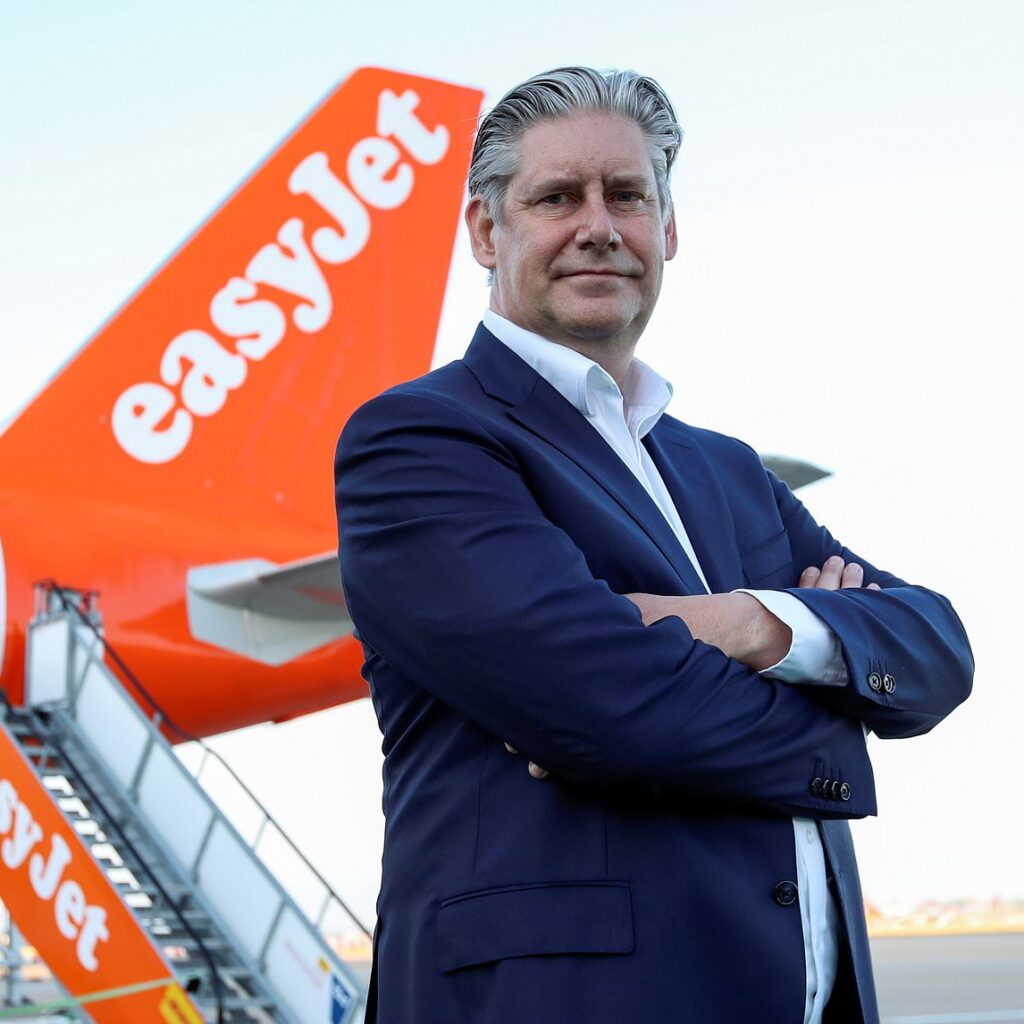 In spring 2020, we asked four bosses how the coronavirus crisis had hit them – how have they fared since then?

The year 2020 was tumultuous for businesses of all sizes, and companies from FTSE giants to sole traders have been affected by the coronavirus pandemic.

In the spring, the Observer spoke to four bosses to ask how they were managing during the early stages of the crisis.

We revisited them to find out how the rest of the year unfolded, and to ask about the lasting impact of Covid-19.

In one respect, things have improved for easyJet over the course of the pandemic: a few planes, at least, are in the sky. Back in April, its entire 337-strong fleet was grounded and Lundgren’s overriding preoccupation was liquidity: how to keep the business afloat with its enormous fixed costs, even when most staff were furloughed.

A few weeks of lockdown, Lundgren declared then, was already the biggest crisis airlines had ever known. Eight months on, he says 2020 was “the toughest year the aviation and travel industry has ever faced”.

He remains positive that the situation is temporary: “We know there is huge pent-up demand for travel as we see that every time restrictions are lifted.”

Every time indeed: although travel restarted in June, restrictions were lifted – and then reimposed – in a manner that caused the industry frustration at the lack of guidance and collective international decision-making.

Summer saw the UK introducing “travel corridors” to easyJet’s biggest leisure markets before swiftly deciding the likes of Spain should be off limits after all. The share price, which had rebounded on hopes that the summer season was the start of some normality, deflated again until news of a vaccine reassured investors.

“The vaccine is the key to unlocking travel,” says Lundgren. “Once unlocked, our ability to travel, which people had taken for granted before the pandemic, will be valued and treasured once again.”

The key question has been whether airlines can survive that long. EasyJet has burned through its cash at more than £50m a week though refinancing, including a £600m government-backed loan and the renegotiated order for Airbus planes, has given it a sounder financial base than most.

Around a third of the 14,000 pre-Covid staff have been laid off, and its fleet of aircraft is likely to be 10% smaller when leases expire in 2021. Other measures, such as charging for overhead lockers, have highlighted the desperation.

However, Lundgren says: “Our core strengths remain unaffected by the crisis and in fact will be even more important in the months to come – passengers will choose to travel with companies they trust and, more than ever, will seek value with friendly and reliable service.”

EasyJet hopes the latest wave of cancellations due to the new strain of Covid-19 identified in the UK are just another bump on the taxiway.

Lundgren insists: “We will emerge from this crisis leaner and more efficient, so we are positioned to bounce back quickly when demand returns – and it will return.”

From catching Covid and handling attacks on engineers to coping with record lockdown broadband traffic, while committing billions to upgrading the nation’s internet and mobile networks, Jansen is juggling a balancing act designed to reignite BT’s share price as the driver of Britain’s digital revolution.

Jansen was the first FTSE 100 chief executive to contract Covid back in March, when the UK had reported just 11 deaths and 800 cases. Since then BT has had to weather a combination of the impact of the pandemic and crucial government decisions on 5G.

The pandemic has been a double-edged sword for BT, which early on was hit by plunging sports revenues at its pay-TV operation, BT Sport, and its enterprise arm felt the impact of struggling cost-conscious businesses cutting back. In July, the government added to the burden with the surprise move to ban the use of Chinese tech firm Huawei’s equipment in the UK’s 5G mobile networks, resulting in a £500m bill to strip it all out.

Jansen has focused heavily on cost-cutting to help balance the books at BT, including the mobile operator EE and Openreach, which runs most of the UK’s broadband network, with £2bn targeted by 2025. BT has reduced its headcount of 120,000 directly and indirectly employed staff by 3,600 this year, although Jansen says much of this has been achieved by a recruitment freeze.

“We knew where revenue was headed and put the brakes on costs, anything not essential, including stopping recruitment for any role not in frontline customer service,” he says. “We gave [pay] increases to all frontline staff, not managers; no one has lost their job as a direct result of coronavirus at BT.”

BT employs 45,000 frontline staff, from the operators in 999 call centres it runs to 30,000 engineers maintaining the UK’s infrastructure. Jansen remains incensed at the spate of attacks on mobile phone masts – and staff – by conspiracy theorists who have wrongly linked 5G to the spread of the virus. “We had people attacking engineers; we had one engineer stabbed and have seen 140 sites damaged,” he says.

As the pandemic has unfolded, BT has benefited from a surge in customers upgrading broadband and mobile packages due to the demands of remote working and lockdown leisure time. Jansen says the busiest day in BT’s history to date was 16 December, when a combination of events including Amazon streaming a full round of Premier League football games and an update to the game Call of Duty pushed broadband usage to a peak. He has been confident enough to upgrade BT’s profit outlook with a return to pre-Covid levels of £7.9bn by the year ending March 2023.

After years of feet-dragging over upgrading the national broadband network from copper wires to full fibre broadband, which has made the UK a global laggard and resulted in Boris Johnson making the issue of catchup a Tory election pledge, Jansen has forced a change in strategy with a £12.5bn investment pledge to expedite deployment. The plan, which saw a call for 5,000 new engineers, resulted in the scrapping of BT’s £1.5bn dividend for two years – the first time shareholders have forgone payments since 1984.

Telecoms companies are struggling with investor confidence and BT’s share price is down 35% over the last year.

“The share price has been disappointing, but we have faced an enormous amount of headwinds and uncertainty and a profile of massive investment all at the same time,” says Jansen. “The economics of the industry are very challenging and we have had to quite rightly focus on the long term. Shareholders can expect a good return from a once-in-a-generation investment.”

“The No 1 shoe of 2020 is officially the slipper,” says Neil Clifford, the chief executive of footwear retailer Kurt Geiger, more usually known for its glamorous heels and party shoes. “We could have sold five times more slippers than we bought. We’ve virtually sold out. Sales were up 400%.”

Unfortunately, the rush on cosy footwear has not offset a dive in sales of high heels and work shoes, delivering a tough year for Kurt Geiger in which total sales have fallen by about 40%. While that fall is not as bad as the two-thirds drop experienced in April, the company has had to make 600 redundancies and nearly half its remaining 1,850 staff are on furlough.

Clifford has slashed costs, taking the business rates holiday and shifting 90% of stores to turnover-only rents, up from 70% before the pandemic. He says he is worried about having to make further job cuts amid another high street lockdown.

“The next three months are going to be terrible but beyond that retailers have to be optimistic or die. Once we get into Easter and your nan’s been vaccinated, people will be desperate to get back to normal. We’ll be so grateful to be able to dress up and go out for dinner or go on holiday,” Clifford says.

He says the company has performed well in difficult circumstances, adapting to increased demand for handbags – which now make up 30% of the group’s sales – and hats, scarves and other accessories. Online sales are up 40% year on year, reaching a level the company did not expect to make until 2025.

With support from Kurt Geiger’s bank, Lloyds, and the private equity backer Cinven, as well as from landlords, only one store, in Covent Garden, London, has permanently closed.

Clifford still reckons it will take three years to rebuild to where Kurt Geiger started the year – on a high with record takings of nearly £400m, underlying profits of £40m and 10 new shops planned.

He says: “We still believe in the shop. We are a nation of shoppers and love social shopping. Once you are safe again people will be back.”

When coronavirus first struck in the spring, James Morris’s marquee hire company only had six weeks’ cash in the bank, and he was staring down the barrel of a summer of cancelled bookings.

Trafalgar Marquees, which he founded using his student overdraft in 2007, had been looking forward to its busiest ever year. The firm’s diary was full of bookings for its marquees, furniture and lighting for events ranging from corporate meetings to outdoor operas and food festivals.

“April feels like a lifetime ago,” remembers Morris. “It’s not been without its moments. But we put in a lot of hard work in the early days to try to pivot the business from events to temporary structures, and it has worked out alright.”

The firm has hired out its marquees to a range of clients to be used as temporary canteens, classrooms and warehouses. Unlike many others in the events industry, Morris considers himself lucky to have been able to continue operating during the pandemic.

As a result of this new business, trade has recovered and Trafalgar Marquees is now making about half of its previous income, up from 15% of normal levels in the spring. Morris has also been able to hold on to all nine of his full-time staff, thanks to the government’s furlough scheme.

In the spring, the company hurriedly tried to cut costs, and applied unsuccessfully for an overdraft extension with its bank, NatWest. While he said he would not describe the lender as “hugely supportive”, Morris was eventually able to secure a £50,000 government bounce back loan.

“It was a great help, but for a business the size of ours it doesn’t go very far when you aren’t taking any income,” he says, adding that the company burned through £23,000 of cash a month even when its income had shrunk to zero.

Morris is confident his company will survive the pandemic. However, the events of 2020 have left their mark: the firm will continue to rent out its marquees for live events, but this will only account for part of its business. “It is a completely different business to the one we were looking at back in January,” he says.

While Morris is more positive about the year to come, much remains uncertain.

“No one wants to commit to event bookings, and in turn that makes it hard for us to plan our resources and our team,” he says. “I struggle to see a return to events as we knew them in 2021.”