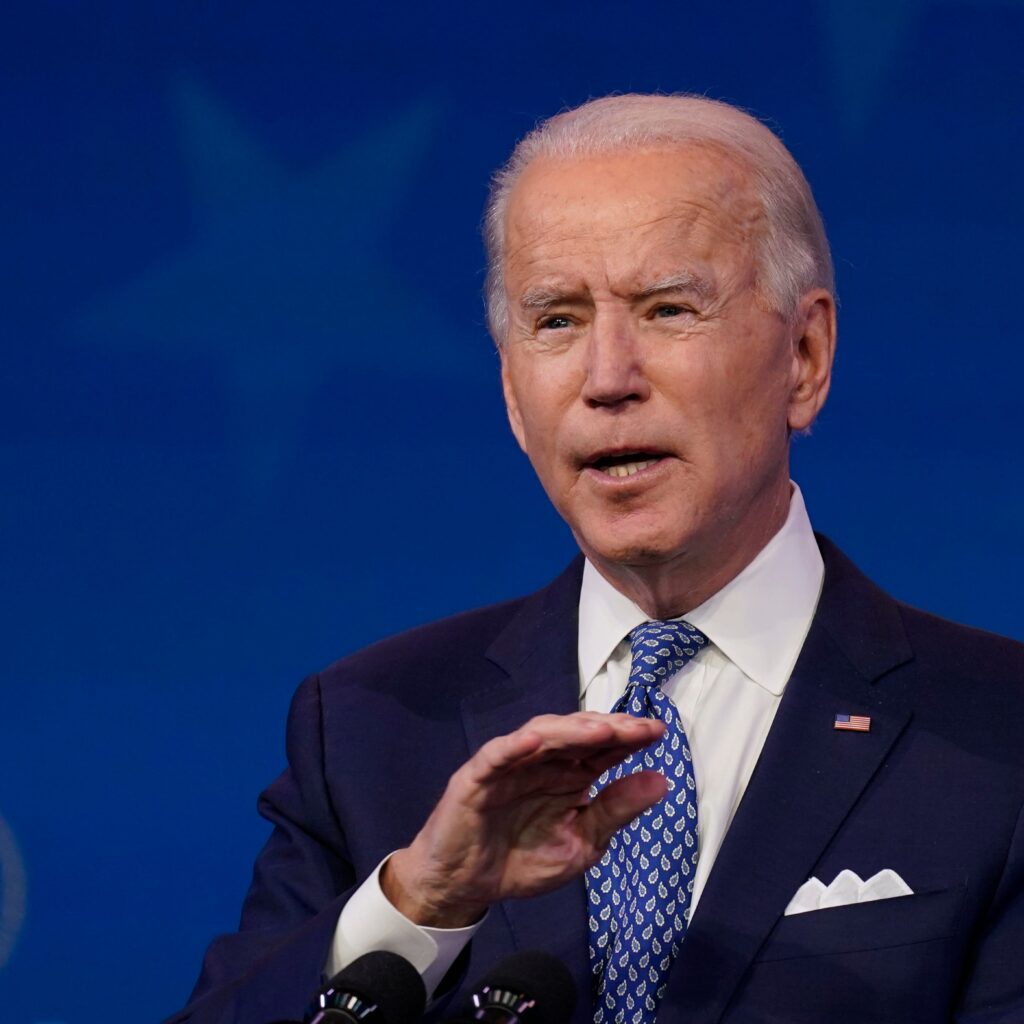 In April 2018, with oil prices near a three-year high of $75 a barrel, Opec ministers gathering in Jeddah were buoyant. Then US president Donald Trump sent a tweet: “Looks like Opec is at it again. With record amounts of oil all over the place, including the fully loaded ships at sea, oil prices are artificially very high! No good and will not be accepted!”

That marked the start of an era of unprecedented presidential intervention in oil markets. But things are about to change, with the social-media shy incoming president Joe Biden unlikely to conduct petro-diplomacy by tweet, and more focused on the transition to cleaner fuels.

Mr Trump’s approach was often contradictory and defied convention. But he hit his mark more often than not, say industry experts.

“The president took to Twitter instead of sending the secretary of state to the Middle East or the US ambassador to Saudi Arabia,” said Amy Myers Jaffe, a professor at Tufts University outside Boston, Massachusetts. “And the thing about it is, it was effective.”

What began with Mr Trump proclaiming “American energy dominance” and berating Opec for not producing enough oil, culminated this year when he urged the producer cartel to raise prices to save the US shale patch from disaster.

While Mr Trump’s Twitter feed has talked of oil or Opec dozens of times since he took office — often as prices neared $70 a barrel — Mr Biden may take a leaf from the Obama administration’s book. In eight years, the previous president’s White House mentioned the cartel on social media just twice. For the most part, international oil sailed below the radar in policy too.

With urgent tasks on Mr Biden’s plate — from the coronavirus pandemic and distribution of vaccines to stimulating a battered economy — petro-diplomacy will not be an immediate priority, say analysts.

Gone will be the influence of Harold Hamm, the billionaire head of shale producer Continental Resources and Trump confidant who spoke frequently to the president as oil prices crashed this year, according to a recent note from consultancy Rapidan Energy. In will come environment-focused experts such as Gina McCarthy, a former environmental regulator who will now co-ordinate policy as a domestic “climate tsar”.

Some US oil producers fear the change of focus — and Mr Biden’s plans for tighter pollution rules and limits on drilling — will hit the country’s crude output.

Scott Sheffield, head of shale producer Pioneer Natural Resources, told the Financial Times recently that US production — down 15 per cent since hitting its historic peak this year — could fall by as much as 3 per cent over the next decade because of Mr Biden.

But despite Mr Trump’s support, the experience of the oil industry and especially its investors during the Trump years has been distinctly mixed.

Even before the pandemic, the shale industry was running on fumes, stricken by a business model that achieved fast supply growth but destroyed billions of dollars of capital.

Wil VanLoh, the head of private equity group Quantum Energy Partners, told the FT that the headlong pursuit of output growth had “drilled the heart out of the watermelon”, sparking a shale-patch war of words.

Soaring bankruptcy numbers and the sacking of tens of thousands of workers revealed a sector in deep distress. The highest-profile company to hit the wall was Chesapeake Energy, a pioneer of the shale revolution. But the pain spread to the top of the US oil industry too. ExxonMobil, once the world’s largest company by market valuation, suffered three consecutive quarterly losses and spent 2020 slashing capital expenditure and jobs. Rival Chevron was also forced to cut back hard.

The S&P 500 energy share-price index, comprising mostly oil and gas companies, fell more than a third between Mr Trump taking office in January 2017 and the onset of the crash in March this year, and has lost another 11 per cent since. Under Mr Obama, the index rose by more than half.

A recovery in these equities now appears to be under way, despite the election victory of a presidential candidate who said during the campaign that he wanted to “transition from the oil industry”.

While the new president will be under pressure from his own base to press ahead with his proposed clean-energy revolution, some oil industry insiders remain sanguine.

“I’m confident that Joe Biden, who spent years and years on the Senate Foreign Relations Committee, understands the difference between an era when the United States was dependent on foreign energy and the years that we’re in now, which is an era of abundance,” said Mike Sommers, president of the American Petroleum Institute.

Others agree Mr Biden will have little choice once in office but to engage in international oil politics. Mr Trump was not the first president to call on Opec to lower oil prices — nor ask the cartel for the opposite. George HW Bush also urged Saudi Arabia to cut production and raise prices to save American crude producers.

The crash that swept through the oil market this year would have troubled Mr Biden too, said Sarah Ladislaw, head of the energy security and climate change programme at Washington’s Center for Strategic and International Studies. “I just don’t think you would have read about it as publicly.”

But while the new leader is likely to be less vocal than Mr Trump on oil and less inclined to berate Opec on Twitter, Ms Jaffe suggested that no US president, even one pushing a clean-energy platform, could ignore the oil market.

“Global economic leadership means that the US has to concern itself with too high an oil price or too low an oil price,” she added. “We’re still the Goldilocks leader when it comes to oil.”

China’s JD.com in talks to purchase stake in brokerage worth $1.5 billion

KKR Invests in Nordic Bioscience for Next Phase of Growth