US hedge fund bids for Tribune Publishing in $520m deal 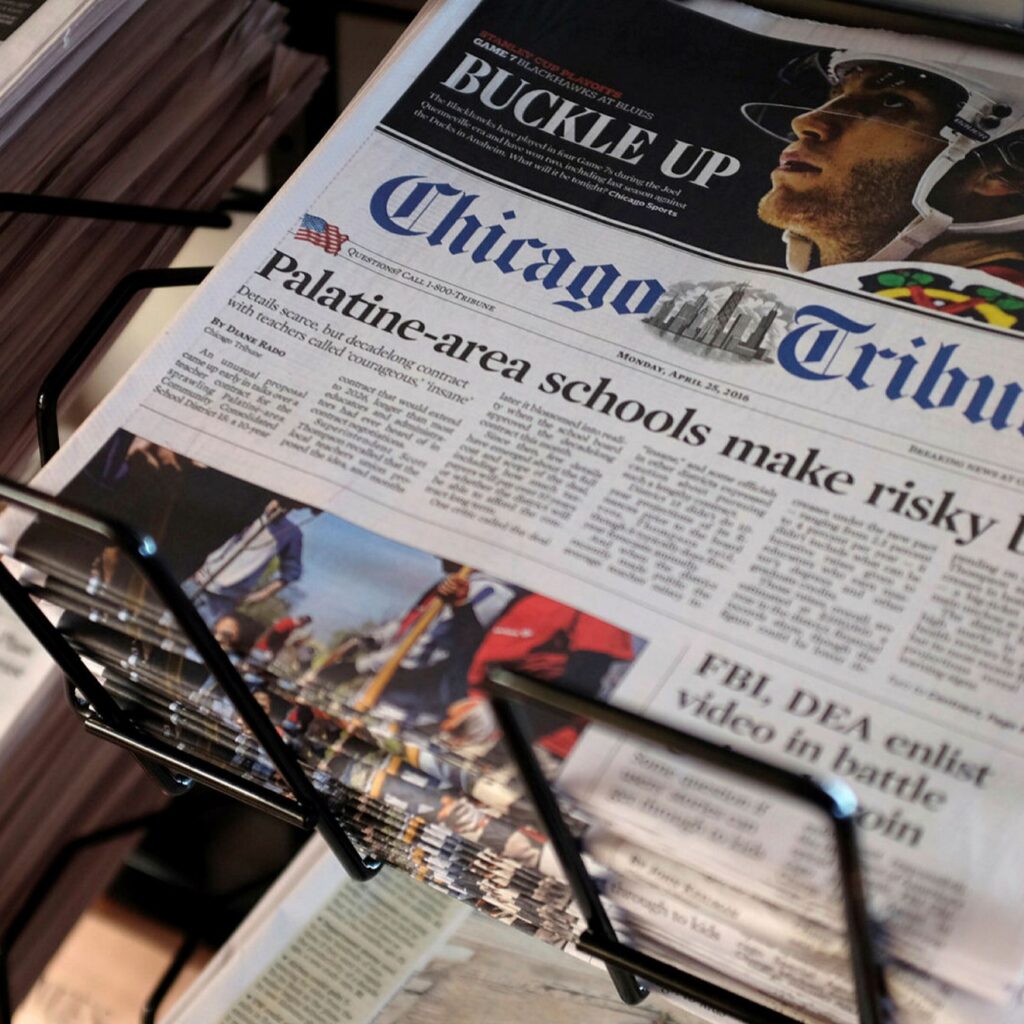 Alden Global Capital, a US hedge fund known for taking over distressed American newspapers, has unveiled a bid to acquire and take private the Chicago Tribune’s owner, valuing the publishing company at about $520m.

The hedge fund, which already owns about 32 per cent of Tribune Publishing, offered to buy the newspaper group for $14.25 a share, an 11 per cent premium on the publisher’s closing stock price on Wednesday.

Alden has helped to lead the consolidation of the local and regional newspaper industry in recent years, making deep cost cuts at its titles to boost profitability and creating controversy along the way.

Employees of its publications have described the firm as “vulture capitalists”. Political leaders, such as Senator Chuck Schumer of New York, have argued that the hedge fund’s management of local newspapers is having a negative impact on American democracy.

If the acquisition is approved, the fate of the local US news business would tilt further into the hands of financial groups, after rounds of consolidation over the past decade. The newspaper business has been shrinking for years as online media grew and frothy print advertising revenues dried up, leaving local papers as targets for hedge funds and private equity.

Through MNG Enterprises, which is a privately owned company controlled by Alden, the hedge fund has amassed a portfolio of more than 200 newspapers, including The Denver Post and The Orange County Register in southern California.

“We believe that, as a private company, Tribune would be able to unlock significant strategic and financial value,” said Randall Smith, Alden’s founder and a former Bear Stearns banker, in a regulatory filing issued on Thursday.

In the filing, Alden said the deal was subject to approval by a committee of independent directors and two-thirds of Tribune’s shareholders who are not associated with Alden. Apart from Alden, the company’s second-largest shareholder is Patrick Soon-Shiong, the pharmaceuticals billionaire who bought the Los Angeles Times and owns about 24 per cent of Tribune shares.

In 2019 Alden made a hostile takeover bid to acquire USA Today owner Gannett for about $1.4bn. After fending off Alden’s offers for months, Gannett agreed to be sold to GateHouse Media, another rival newspaper owner.

Since failing to acquire Gannett the hedge fund has been trying to take over Tribune, which also controls the New York Daily News and The Baltimore Sun. In July Tribune agreed to give Alden three out of seven board seats as part of a truce to prevent the hedge fund from increasing its stake or launching a hostile takeover until after June 2021. Alden, which is being advised on the transaction by the boutique investment bank Moelis & Co and the law firm Akin Gump Strauss Hauer & Feld, said on Thursday that it hoped to reach a definitive agreement with Tribune within two to three weeks.