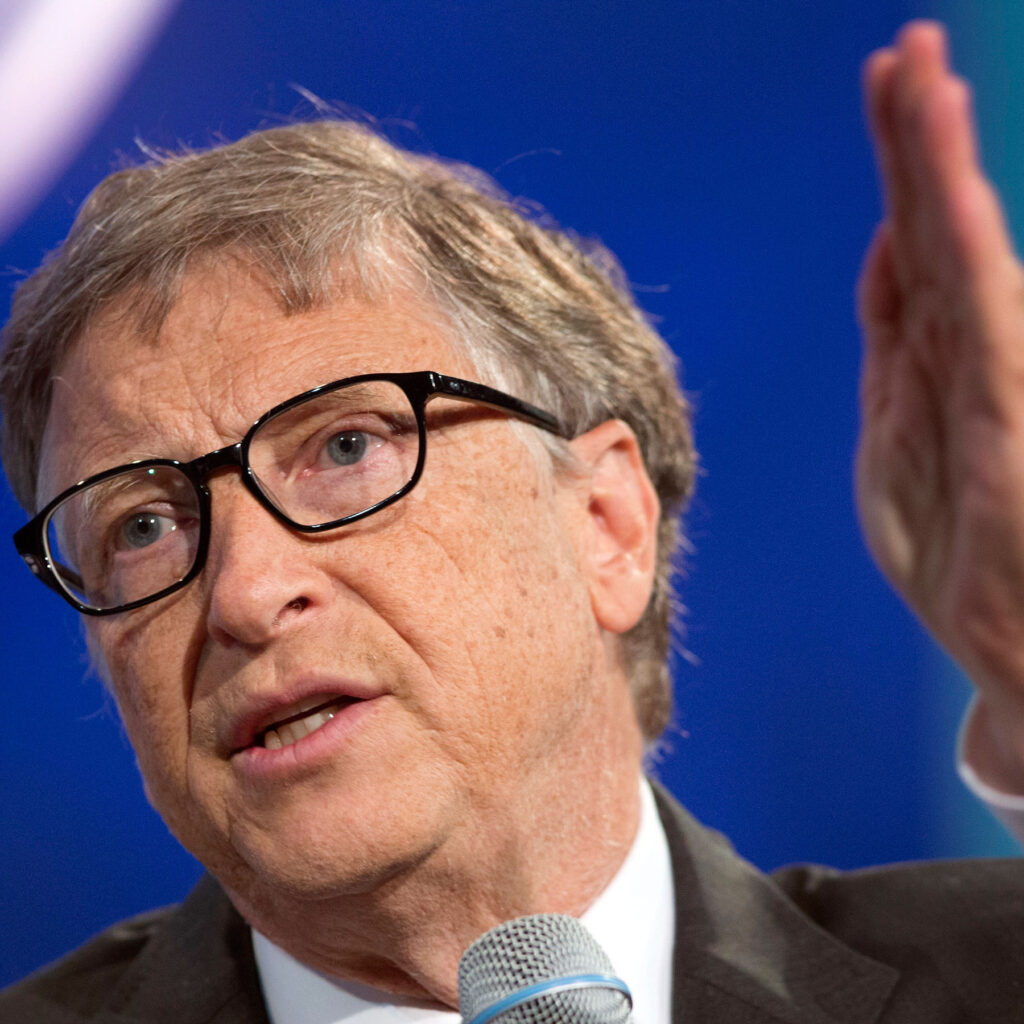 FILE - In this Sept. 27, 2015 file photo, Bill Gates, philanthropist and co-founder of Microsoft, participates in a session at the Clinton Global Initiative in New York City. The University of California announced Sunday, Nov. 29, 2015, it has pledged $1 billion over the next five years toward research and development of clean energy technology to fight climate change as part of a coalition led by Bill Gates. (AP Photo/Mark Lennihan, File)
Share
LinkedIn Facebook Twitter Email WhatsApp

Blackstone and Global Infrastructure Partners have ended their takeover battle for the UK-listed private jet services company Signature Aviation, agreeing to join forces in a new £3.5bn bid for the company.

The two private equity groups, together with Bill Gates’ wealth manager Cascade Investment, have made a £4.11 per share offer for the business.

The groups had been poised for a possible battle for the company, with Blackstone and Cascade making a tentative £3bn offer in January, which GIP trumped with a £3.4bn bid the following week.

The takeover battle shows investors see potential for significant growth in the private jet market in the US, where Signature does the vast majority of its business.

“The resilient performance and strong financial position through the pandemic has enabled the Signature board to consider its future and evaluate this offer from a position of strength,” said Sir Nigel Rudd, the British industrialist who chairs the company.

The new offer “represents an attractive and certain value in cash today for Signature shareholders reflecting the high quality of the business and its network, its people and its future prospects”, he said.

Signature’s shares fell 2 per cent to £4.15, closer to the level of the fresh offer, by Friday late morning in London. They have risen more than 60 per cent since news of the first takeover interest in the middle of December.

The FTSE 250-listed company does not own any aircraft, but instead offers ground handling, refuelling and other logistical support through a sprawling network of bases scattered across the US.

Private jet operators have largely been able to withstand the impact of the pandemic better than their commercial rivals.

In a trading update in November, Signature said flight activity had stabilised to about 80 per cent of the previous year’s levels.

Cascade owns a 19 per cent stake in the company, and said on Friday that it would vote against any rival offer.

Rudd kept Signature’s options open at the time of GIP’s offer last month, as the company issued a statement saying “nothing precludes” rivals from making higher offers even as it reached an agreement with GIP.

The private equity group Carlyle had previously considered a move for the company, but the higher offer and the Cascade stake would make it difficult for it, or another rival, to disrupt the deal.

Signature was formerly known as BBA Aviation, and has a history dating back to the 19th century including working on Hurricane and Spitfire aircraft during the second world war. It has streamlined to focus on the US private jet industry over the past 15 years.

By Kaye Wiggins and Philip Georgiadis

KKR Is Open to Alternative Deals With Telecom Italia