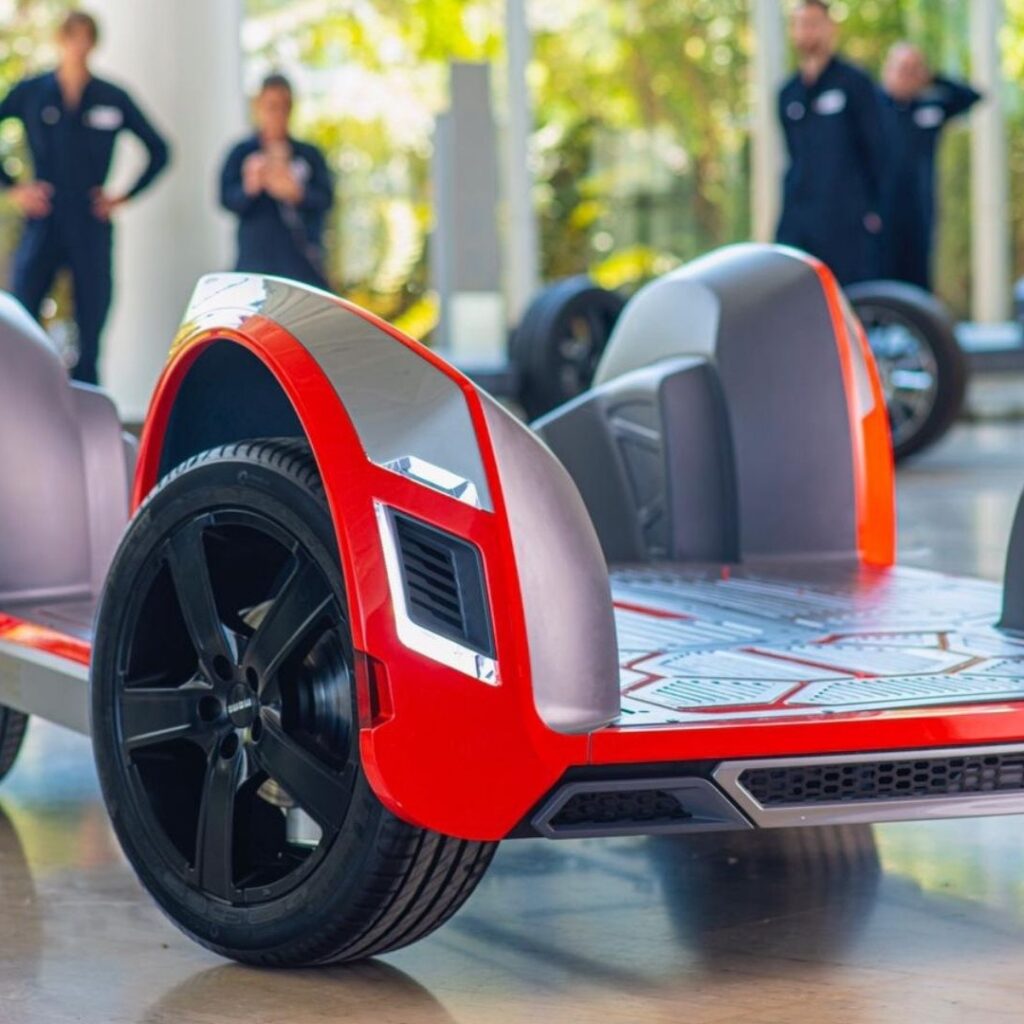 The list of Israeli companies mulling entering Nasdaq via a SPAC continues to grow, with REE Automotive, which develops modular platforms for electric vehicles, in negotiations to go public at a valuation of between $3-4 billion, a source told Calcalist under the condition of anonymity. The negotiations have been ongoing for the past three months and were initially expected to be completed by the end of the year, although are now likely to be extended into January 2021.

Merging with SPACs (special purpose acquisition companies) has become a popular way for companies to enter stock exchanges this year. SPAC companies have a limited window, usually of two years to begin activity, if they fail to generate business within that time, the money is returned to investors. Since the beginning of the year, 243 SPAC companies have been listed (more than half of the total listings) having raised an accumulated $81 billion, six times the amount in 2019. Other Israeli companies that are weighing such a move are Taboola and Innoviz Technologies. Merging with a SPAC allows companies to enter the market without filing a prospectus or explaining to the public their business model.

Should the merger go ahead, REE is expected to receive access to the SPAC’s funds and to another several hundreds of millions of dollars in PIPE (Private investment in public equity) investments. Shares of REE have been traded in the secondary market this year at a company valuation of $1.1 billion, far less than it is expected to be valued in the SPAC merger.

REE revealed in October of this year three prototypes of its next-generation EV platforms. In a video released by the company, REE showcased three of its modular platforms. The P1 platform of up to 1.3-ton GVW is geared for LSV last-mile inner-city delivery applications. The P2 platform scales up to 2.5-tons GVW and is designed to transport passengers and cargo. The P4 platform offers up to 4.5-tons GVW and is uniquely built for the North American market delivery segment.

In order to shorten and cheapen the development of electric vehicles, some car manufacturers have begun outsourcing the manufacturing of electric platforms on which they plan to base their future models. American company Rivian, which has raised over $6 billion, is providing Ford with its platform for the manufacturing of its electric off-road vehicle among others, and will also manufacture similar models under its own brand. Hyundai is planning to launch in two years an electric vehicle based on a platform built by American company Canoo. Coincidently, Canoo announced in August its plan to go public through a merger with a SPAC, Dan Hennessy’s Hennessy Capital Acquisition Corp., at a $2.4 billion valuation. Canoo raised $300 million through the process.

REE has developed an industry-unique technology which offers a choice of REEcorner modules, each sized differently based on platform weight, dimensions and targeted applications. The REEcorner integrates all traditional vehicle components (steering, braking, suspension, e-motor) into the wheel’s arch and the REEboard which is a completely flat and modular chassis platform. That clears more room for passengers or cargo, with the unique structure also making maintenance and repairs easier to conduct.

In August 2020, REE signed a memorandum of understanding with global OEM Mahindra to establish a strategic collaboration for the development and production of an initial capacity of up to 250,000 electric vehicles aimed at the commercial market. This follows on from partnerships REE had already successfully established with multinationals, such as AAM, KYB, Musashi, NSK and Mitsubishi Corporation.

“By the end of this year we will deliver our clients the first platforms on which they will be able to develop their vehicles,” Daniel Barel, REE CEO who founded the company with Ahishay Sardes told Calcalist in October. “Covid-19 has accelerated the demand for online purchases and for electric commercial vehicles to deliver packages without polluting the environment. We see the global interest in this sector, in unmanned vehicles that can complete short-distance deliveries from the shop to the customer, and in manned vehicles for greater distances.”

REE has continued to recruit new employees during the pandemic and its workforce currently numbers 130 people, mostly in Israel and some in Birmingham, England, Frankfurt and Munich in Germany and Michigan and Silicon Valley in the U.S.