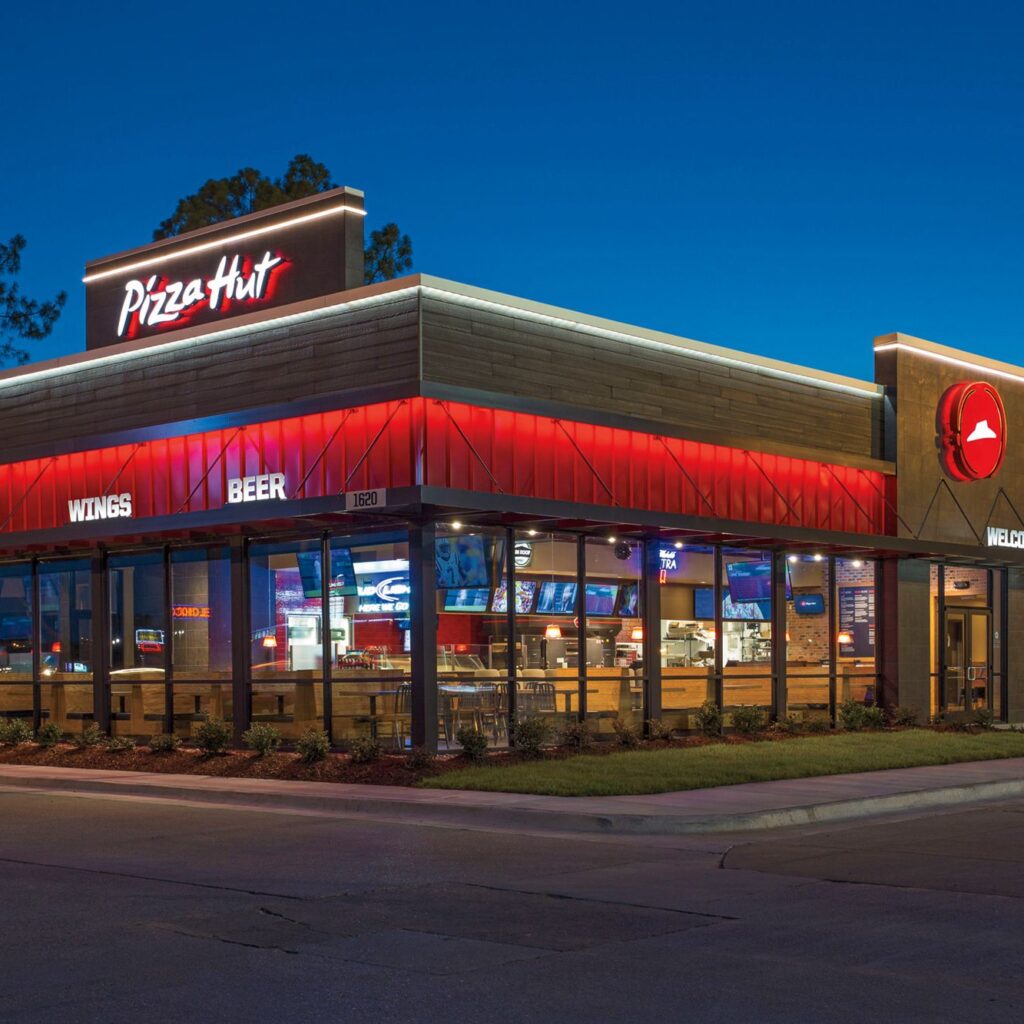 Pizza Hut, which has fallen in popularity since its heyday in the 80s and 90s, has been buoyed by recent investor appetite for the burgeoning fast-food space. The chain’s Australian operations were sold by US-based Yum! Brands in 2016 to Allegro, which made major changes to the business including stripping down the menu and setting up much-needed tech systems to allow the brand to compete in the UberEats driven delivery market.

Current chief executive Phil Reed was appointed in 2018, and says the business has seen significant growth over the past 24 months, supported by COVID-driven demand for takeaway food.

“We’re in a very, very strong position because of the technology that we put into place and also our operational excellence, which has meant our cash flows over the course of COVID has increased 60 per cent,” Mr Reed told The Age and The Sydney Morning Herald.

“Our ambition is very clear: get Pizza Hut Australia right back to number one.”

Domino’s currently holds the lion’s share of the pizza market in Australia and also undergoing a growth spurt of its own.

Shares in the $7 billion valued listed pizza seller have grown over 70 per cent since April, and the business reported a 12.8 per cent rise in sales across the 2020 financial year. But much of CEO Don Meij’s focus is on expanding the business’ international operations, which could leave room for Pizza Hut to take a bigger slice locally.

Pizza Hut recently announced a new partnership with British service station operator EG Group to roll out a series of branded kiosks at EG’s service station networks across Australia, a move Mr Reed hopes will put the brand in front of more shoppers.

“Here we can be nimble, we can adapt, and we can really start to push that ‘grab and go’ aspect of the business,” he said.

Chester Moynihan, founder and managing director of Allegro, told The Age and The Sydney Morning Herald the company had begun to hit its straps in the last two years after significant work rebuilding the brand after its sale.

While some of this success has been due to COVID-19, Mr Moynihan said there was significantly more investor confidence in the fast food space, evidenced by fund management giant Magellan’s recent $86.8 million investment in Mexican chain Guzman y Gomez.

“I think everyone feels comfortable now that [fast food] is not necessarily a discretionary spend,” he said. “Because a lot of fast-food offerings are quite good value.”

“So provided you tick the value box, even in times of economic hardship it continues to be a well-serviced industry.”

Allegro’s investment period is typically between four and six years, meaning the company could be ready to find a new owner for Pizza Hut within the next year or two. Mr Moynihan said the fund was looking at a number of options, which could include an ASX IPO or a trade sale.

“Because we are a private equity fund, by necessity, we need to find an exit,” he said. “For the business it means a new partner who will continue to invest into the growth story. Whether that’s an IPO or some other means will be determined at the time.”

Veritas looking into Guidehouse sale or IPO at $7B valuation

Investcorp, Mubadala back TruKKer fundraise ahead of planned IPO