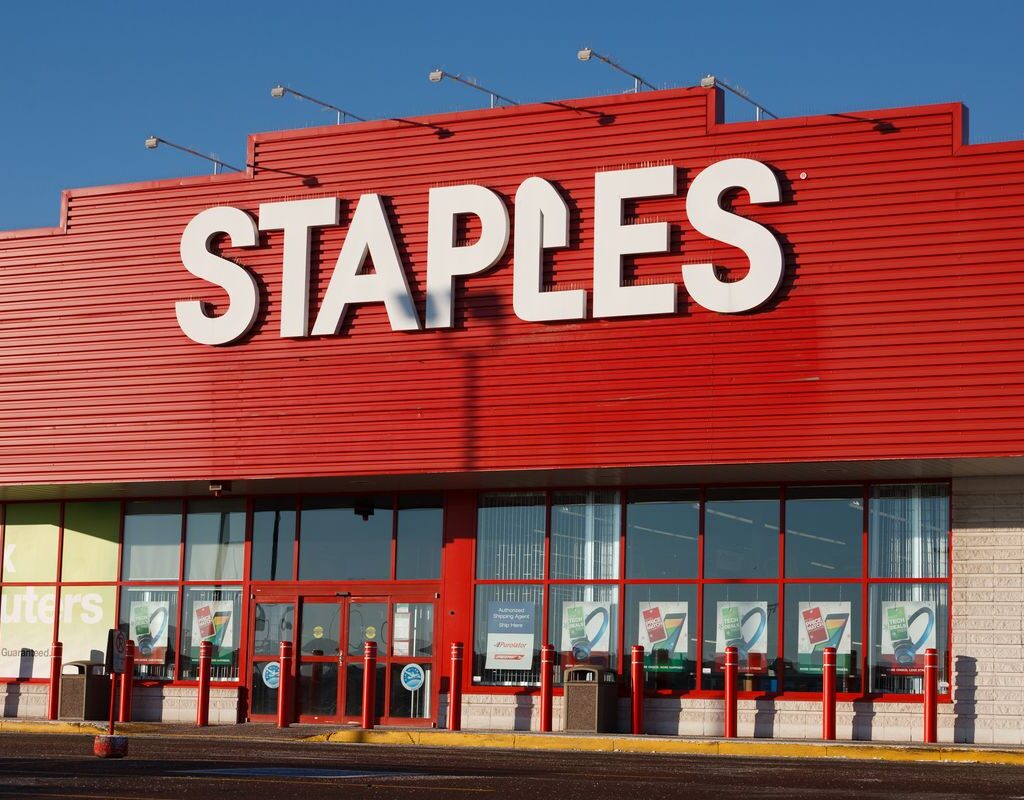 Staples says it will make a tender offer in March if ‘we cannot reach a negotiated agreement with ODP.’

Shares of Office Depot’s parent, ODP (ODP) – Get Report, soared Monday after rival Staples offered to buy the office-supplies retailer for $40 cash a share, or $2.1 billion.

Shares of ODP, Boca Raton, Fla., at last check were up 17% at $43.21. The move past the offer price indicates investors consider a yet-higher bid might emerge.

ODP did not immediately respond to a request for comment.

“Staples has sufficient resources to finance the transaction, so our obligation to proceed with the transaction is not subject to a financing contingency,” Staples said under the corporate name USR Parent in a letter to the ODP board.

With respect to regulatory clearances, Staples, Framingham, Mass., said it was “prepared to take all necessary measures to divest ODP’s B2B business to a [Federal Trade Commission] approved and qualified buyer concurrently with the closing of the overall transaction.”

Staples said that in March it would make an all-cash tender offer for all ODP common shares outstanding “in the event we cannot reach a negotiated agreement with ODP.”

Staples in 2016 had tried to buy Office Depot, but the $6.3 billion acquisition was called off because of antitrust concern.

Staples was a public company when it attempted the acquisition. In September 2017 the New York retail- and consumer-focused private-equity firm Sycamore Partners acquired Staples for about $6.9 billion.

The two companies also agreed to merge in 1996, but the deal was put to rest as a government lawsuit argued the move would have meant higher prices for office supplies.

“It is in the best interest of ODP’s stockholders” for the board “to cooperate with the FTC and the Canadian Competition Bureau to have a transaction approved,” Staples said.

In June, Office Depot said it would execute a 1-for-10 reverse stock split, stating in a regulatory filing that the increased price resulting from the split would “improve the marketability and liquidity of our common stock and will encourage interest and trading in” it.