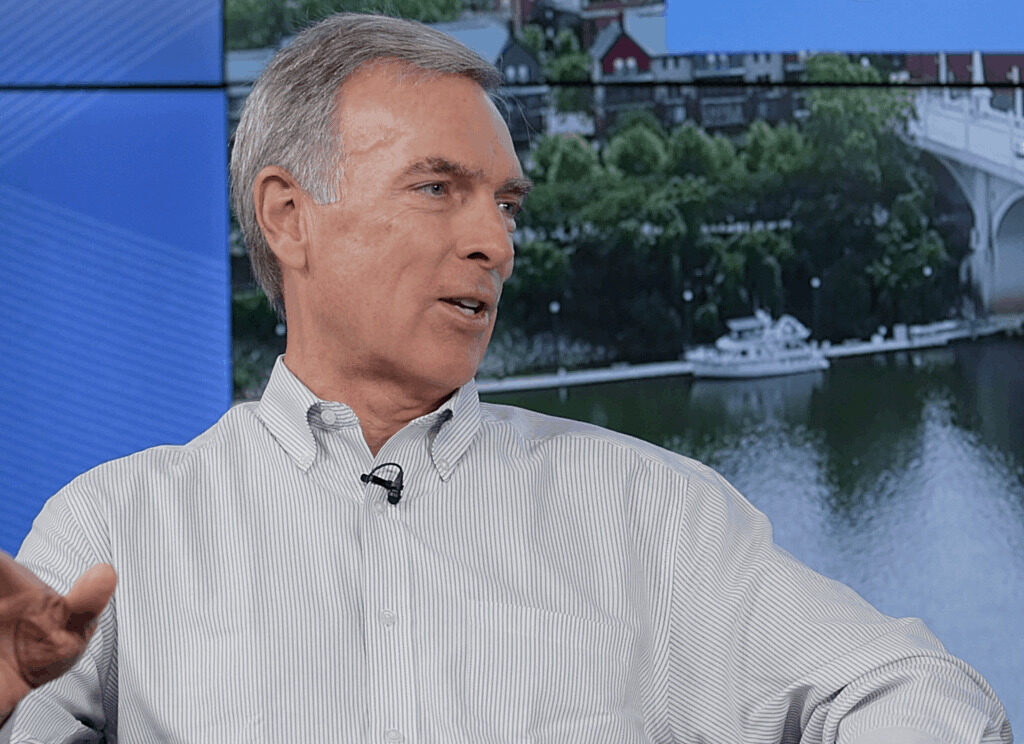 The rise of SPACs as well as private equity getting into early stage investment were features of the investment landscape this past year, according to the industry veteran.

The red-hot freight-tech investment world of 2020 was “frothy,” marked by “more money than there are good ideas.”

That’s the view of John Larkin, a trucking and freight industry legend who jumped from being a sell-side analyst at Stifel in 2019 to joining the transportation group at the investment firm of Clarendon. He sat down with FreightWaves remotely to talk about a year that saw freight-tech investments soar, in part through the rise of special purpose acquisition companies (SPACs) that have sucked up some freight-tech ventures.

Even though it’s not a classic freight company, Larkin cited the recent initial public offering of food delivery service DoorDash more than doubling on its first day. “That tells you the market is incredibly frothy,” he said.

It’s actually the electric vehicle sector that Larkin says has been the hottest area for SPACs. SPACs do have a feature in which the sponsoring public company, which might be an empty vessel with no assets except cash that is seeking a target for acquisition, takes 20% of the company that is being merged into the SPAC. But Larkin said that SPAC valuations are “every bit as good as the regular IPOs would be, and that’s even taking into account that the SPAC coordinator is getting 20% of the economics.”

The SPACs have been “a tough deal to refuse if you’re an EV person,” Larkin said. But he also noted that the freight sector needs to keep its eye on the possibility of SPACs moving deeper into its area. He cited the speculation around the possibility of digital brokerage Transfix going public through a SPAC as a possible transaction to watch.

Another significant deal during the year was a $500 million investment by what Larkin described as the “historically classic private equity” firm of Greenbriar into Uber Freight, a deal that valued Uber Freight at $3.3 billion. Uber Freight is losing money, Larkin noted, and that sort of relatively early stage investment “is typically done by a venture capital company,” which Greenbriar decidedly is not, at least historically.

“But you’re seeing some of the private equity funds, even some of the mutual fund companies like T. Rowe Price going into the venture capital world, and that’s a pretty new phenomenon,” Larkin said.

But it’s a risky field, according to Larkin. The only assumption that an investor can make is that “the competitive environment is changing so rapidly, with so many entries in the space, that it seems to me you’re taking a bit of a flyer when you invest in freight-tech companies.” The valuations of some of the companies being sold mean that “it’s a more risky return environment.”

These distinctions aren’t minor. As Larkin points out, the general plan of a VC company is to have a handful of highly successful investments to offset other investments that might return zero. Private equity tends to do “a lot fewer deals with more mature companies that typically have positive free cash flow,” he said. “And because they’re doing fewer deals, you can’t afford for many of them to be zeros.”

But if a private equity company is successful, it brings in more money. If the number of deals getting done by the private company doesn’t increase, the added funding means “you need to increase the size of the deals you’re looking to complete, which puts you in kind of an area where you’re competing more aggressively with other firms that have had the same successful track record,” Larkin said. And all this helps lead to lots of dollars chasing a potentially inadequate pool of investment opportunities.

One area that has not been hot: the sale of asset-heavy truckload carriers. It’s a fundamental problem, Larkin said, “constrained by the need to buy asset replacements every three, four or five years, so there’s not a lot of free cash flow, which really inhibits the private equity community from getting too excited about the space.”

That’s one of the reasons why instead, some private equity companies step out of their box and do a deal like Greenbrier-Uber Freight, which “you would not have seen a few years ago.”

“And then the freight forwarders, the drayage companies, the intermodal marketing companies, the truck brokers, maybe transportation management firms, they attract the PE companies,” Larkin added.

The truckload carriers that are getting sold are doing so when they get taken up by a strategic investor. Larkin cited Canada’s TFI International as a key example of this, noting the numerous acquisitions the company made in 2020.

But a sign that it isn’t a hot field overall, according to Larkin: The valuations on truckload companies that have been sold haven’t moved much beyond five times earnings before interest, taxes, depreciation and amortization (EBITDA). “You’re not seeing the crazy valuations in truckload that you would see in the freight-tech or asset-light space,” he added.

Strategic buyers also have been boosted by returns on publicly traded stock that might be worth double what it stood at earlier in the year, Larkin noted. (For example, TFI is up more than 53% for the year).

He described the companies Clarendon invests in as “below the radar of most SPACs and too small to go public the regular way.”

Larkin described a Clarendon investment as likely to be a company with $5 million to $8 million of EBITDA and “looking to grow faster and create value over the next five years.” But the transaction might also be structured to buy out a partner, like a sibling in a family-owned business.

“We would work with the remaining management to really make the company look attractive five years hence so it could be sold at a much higher valuation to a strategic buyer or a larger private equity company,” he added.

AND Digital secures follow-on round from BGF