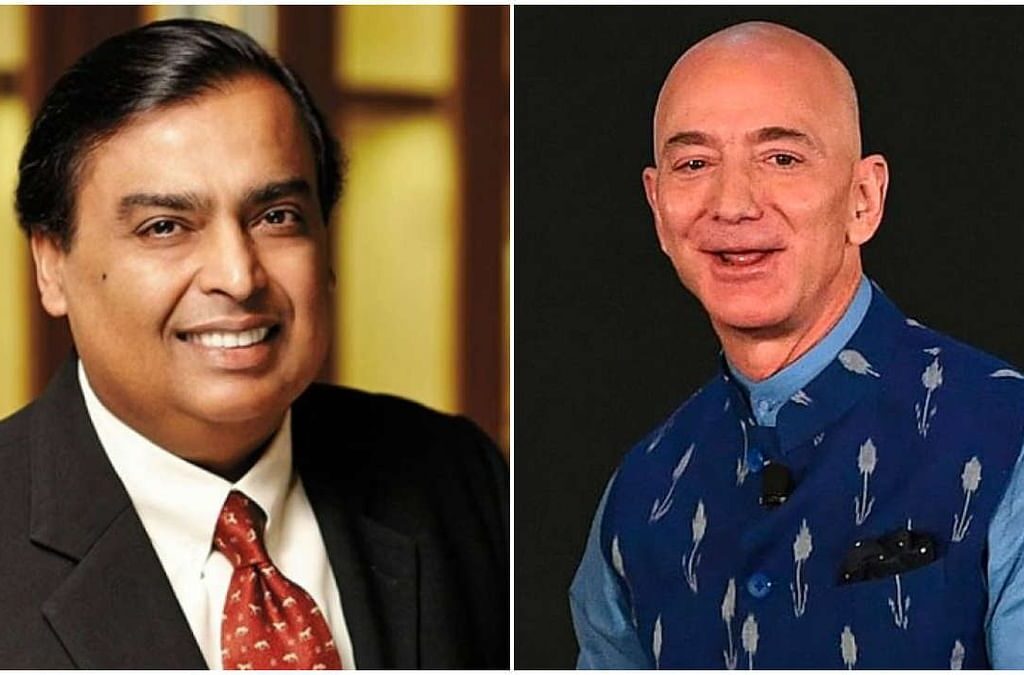 The two sides this week traded barbs in a New Delhi court, the latest legal case where Amazon is seeking to block the sale. India’s second-largest retailer says the deal is critical for the survival of its 1,700 stores and thousands of employees.

Dubbing it a corporate battle “for supremacy over Indian customers”, Biyani’s staff e-mail late on Friday said Amazon was “playing the dog in the manger”.

Taking a further dig at Amazon, he said the “vexatious litigation and harassment makes one wonder about the similarity in ruthless ambition to scorch the earth akin to the Greek Alexander – after all, they are inspired to name their product as Alexa”.

“History tells us that Alexander conquered large parts of the world but failed in India.”

The Macedonian leader’s military campaign greatly expanded the Greek-speaking empire throughout the Middle East and parts of Asia, ushering in the Hellenistic age before he died in present-day Iraq in 323 B.C.

Amazon declined to comment on the memo by Biyani, often referred to as India’s retail king for transforming the country’s retailing in recent decades.

In the latest court case, Amazon has also asked the judge to detain Biyani in a civil prison, arguing his firm “deliberately” disobeyed a Singapore arbitrator’s October order that put the deal on hold.

Future maintains that arbitration order is not binding.

Its lawyer on Friday said Amazon was trying to block the deal because it will make it difficult for the U.S. firm to compete with Reliance, led by one of Asia’s richest man, Mukesh Ambani, who is fast expanding into e-commerce.

“Amazon is only interested that Reliance should not improve in India,” said Future’s counsel Harish Salve. The next court hearing is on Monday.

Indian stock exchanges this month cleared Future’s deal with Reliance, despite Amazon’s repeated requests to regulators to block the deal.

“We are on firm legal footing and this is vindicated by the approvals,” Biyani said in his memo.

Accel-KKR to acquire Navis from Cargotec for $448m