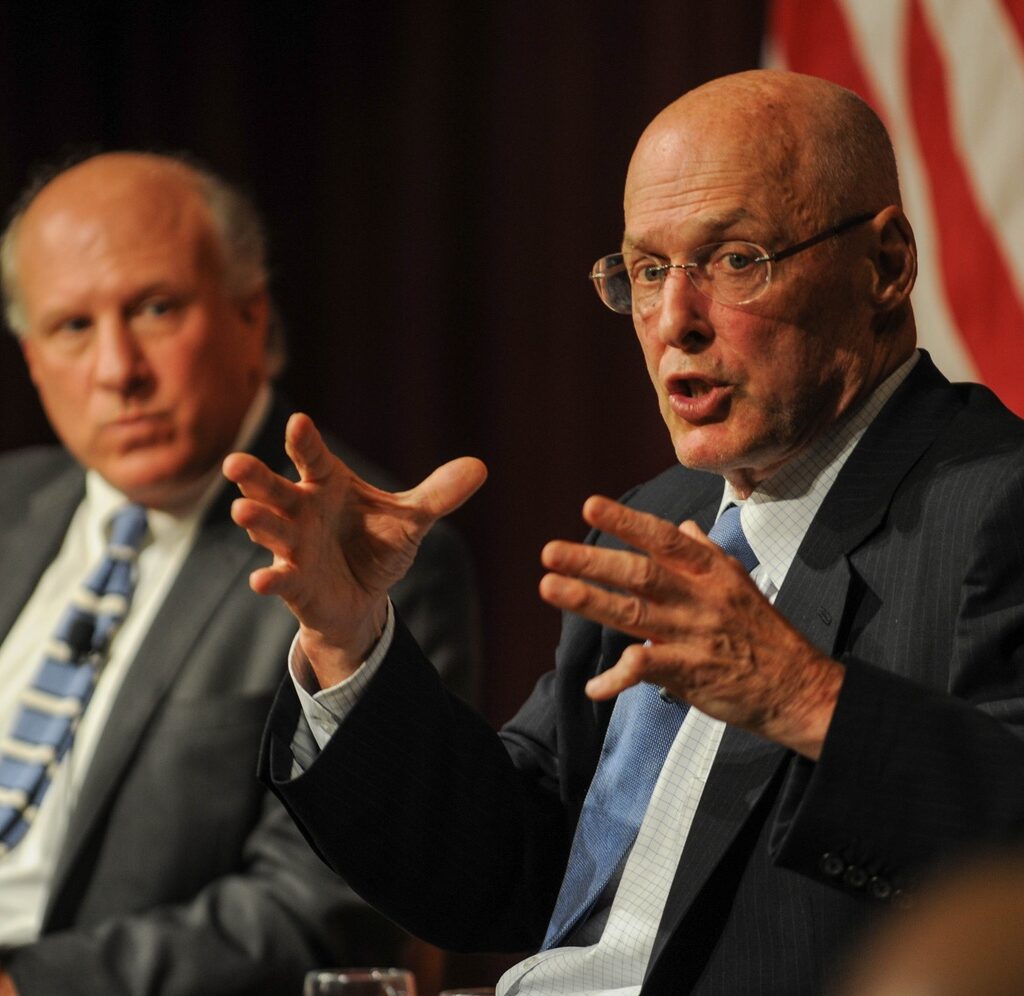 The venture aims to push climate-friendly businesses into the mainstream.

This past fall, Henry M. Paulson Jr., the former Treasury secretary, got a call from Paul David Hewson, better known as Bono. The musician-activist-investor had an idea and “an ask”: Bono, who helped found TPG’s $5 billion Rise funds focused on “impact investing,” told Mr. Paulson that the investment firm wanted to create an even bigger platform to focus exclusively on combating climate change — and he wanted Mr. Paulson to run it.

Mr. Paulson, who has spent the last 12 years since leaving his post at the Treasury away from the private sector running his nonprofit institute and working on climate change initiatives, demurred.

“He told me, ‘My dance card is full,’” Bono said of the call. “I thought he’d be amazing,” Bono added, but said he’d been warned by Mr. Paulson’s associates, “There’s just no way.”

This week, after months of calls and meetings that followed with Jon Winkelried, TPG’s co-chief executive — Mr. Paulson’s friend and former colleague when he ran Goldman Sachs — Mr. Paulson will become the executive chairman of a new global fund, TPG Rise Climate.

The move brings Mr. Paulson, 74, back to the finance industry for the first time since he left Goldman to become Treasury secretary in 2006. It may also signal a turning point for the weight and seriousness given to climate-related investments. TPG’s co-founder Jim Coulter is planning to shift much of his focus to the new climate fund.

“I wasn’t looking to do this,” Mr. Paulson said in an interview. But he said he was persuaded by the success of TPG’s previous Rise funds and the firm’s understanding of the daunting scale investing in climate will require. “At this stage in my career, I’m not looking to do a start-up. I’m in a hurry to make a difference.”

Mr. Paulson, together with Mr. Coulter, plans on building a broad-based investing platform — and, perhaps uniquely, to make investments in climate that are as profitable as any other kind of investment.

Many other climate funds have a philanthropic stance or are willing to accept lower returns, “but the market will not scale for concessionary or subsidized returns,” he said.

Mr. Paulson, who intends to devote at least 50 percent of his time to his new role, plans to leverage his relationships around the globe to work with governments and industry to raise money and find investments.

“Hank went to the intersection of crisis between governments and business once before,” Mr. Coulter said of Mr. Paulson, referring to his role in rescuing the economic system during the financial crisis in 2008. “And I think it’s fascinating that he’s stepping forward to meet another moment where business and governments have to come together.”

The early returns from TPG’s existing Rise funds — $2 billion of which are in climate-related investments — appear to suggest that socially responsible investing can be just as profitable as other approaches. Mr. Coulter said that with the reduction in the cost of solar energy — for example, bringing it to parity with the cost of building a new gas plant in some places in the United States — the opportunity to make attractive new investments has fundamentally changed. He said he was seeing similar opportunities in electric vehicles and the energy grid that powers them, in agriculture and in consumer packaged goods.

In the public markets, investors are throwing money at companies like Tesla and others that have positive environmental, social and governance models. However, there is not enough of a pipeline of climate-focused businesses ready to go public, Mr. Paulson said: “We need more high-quality investment opportunities from private equity investments that have the potential to become scalable public companies.”

Bono said of his new partnership with Mr. Paulson, “My work on global poverty and then the AIDS fight taught me that we don’t just need the usual suspects, we need some ‘unusual suspects,’ if you like, and some unexpected partnerships in the conversation as well.”

KORE to go public via $1.01 billion deal with Cerberus SPAC