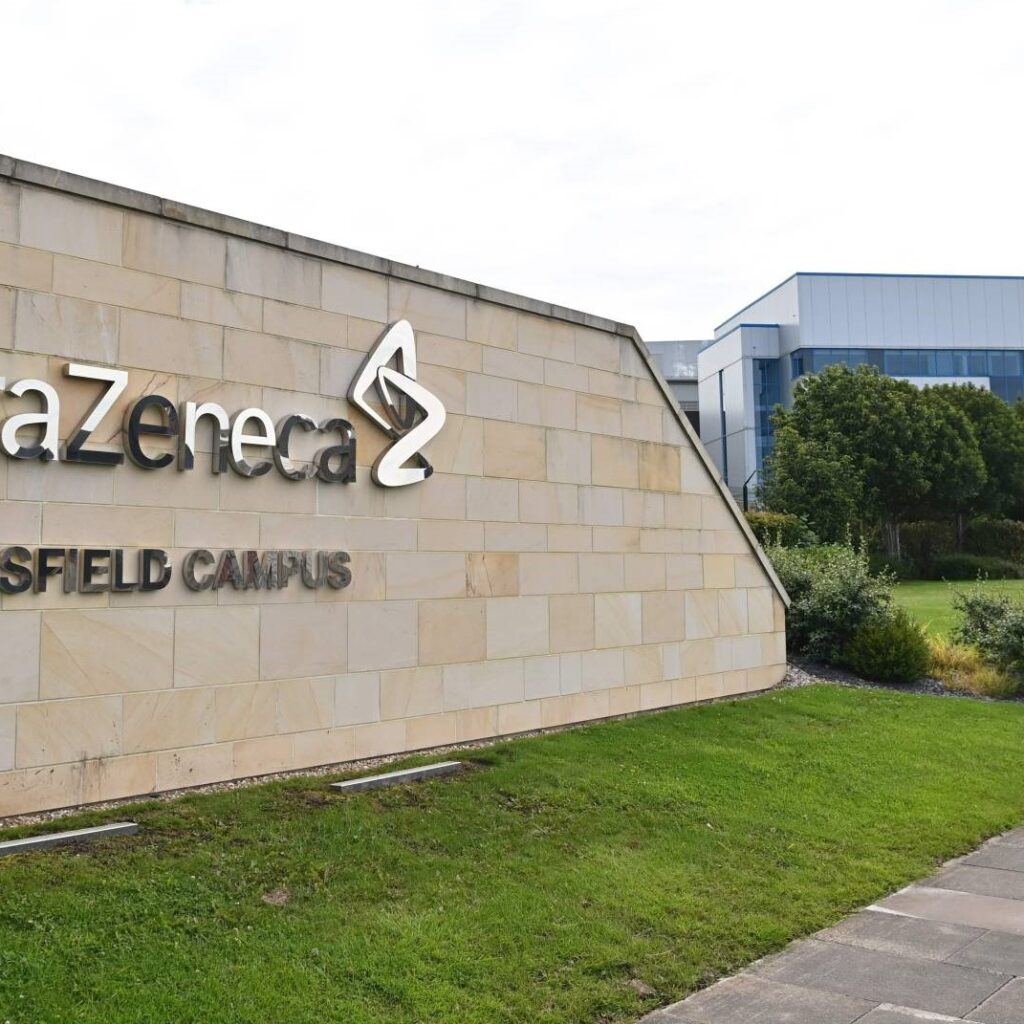 (FILES) In this file photo taken on July 21, 2020 a general view is pictured of the offices of British-Swedish multinational pharmaceutical and biopharmaceutical company AstraZeneca PLC in Macclesfield, Cheshire. - Trials on the Covid-19 vaccine candidate developed by AstraZeneca and the University of Oxford have resumed in Japan but not yet in the United States where the pharmaceutical giant says it is collaborating with the drug authority, according to a press release on October 2, 2020. (Photo by Paul ELLIS / AFP)
Share
LinkedIn Facebook Twitter Email WhatsApp

Global mergers and acquisitions (M&A) activity fell to a three-year low in 2020, as companies grappled with the financial fallout of the COVID-19 pandemic, even as dealmaking came roaring back in the second half.

The value of M&A globally dropped 5% year-on-year to $3.6 trillion, the lowest since 2017, according to a preliminary tally from financial data provider Refinitiv. There were 48,226 deals announced, compared with 50,113 deals last year.

“The biggest story has to be the enormous rebound we have experienced. Talk about dog years, we went through a three-to-five year cycle in just six months,” said Cary Kochman, Citigroup Inc’s global co-head of M&A.

“The world is still a volatile place but the foundations are in place for one of the largest M&A years to date,” said Stephan Feldgoise, global co-head of M&A at Goldman Sachs Group Inc.

U.S. President-elect Joe Biden’s administration is expected to adopt less protectionist policies and be less hostile to cross-border deals, including from China, some dealmakers said.

“The change in U.S. administration may make people outside the U.S. feel more comfortable about investing in the United States,” said Alan Klein, co-head of M&A at law firm Simpson Thacher.

In Britain, Europe’s most active M&A market, dealmakers shrugged off concerns over Brexit, with $302 billion in deals, up 50% year on year.

“Brexit does present risks but London will continue to enjoy many underlying advantages. Dealmakers trust the British judicial system and takeover regime and there are deep networks of lawyers, accountants and advisers that are not immediately replicable elsewhere,” said Alex Thomas, managing director for M&A in Europe at RBC Capital Markets.

The key focus at the start of the year will be the U.S. Senate runoff elections on Jan. 5 in Georgia that will determine which party controls that chamber of Congress, and the fate of much of Biden’s agenda, including proposed tax hikes.

Private equity firms capitalized on the plentiful financing available and stepped up leveraged buyouts, with their deals up 20% at $570 billion.

“They have a substantial amount of money to be deployed but they are also ready to prune some portfolio assets, especially those that have benefited from the crisis and are ripe for an exit,” said Berthold Fuerst, co-head of investment banking coverage and advisory in EMEA at Deutsche Bank.

The strong stock market rally has also emboldened activist hedge funds, which are increasingly teaming up with buyout firms.

“Until the end of the summer, there was simply no willingness by existing investors to back an activist campaign. Activism is coming back, as some funds want to use the market rebound to build new positions,” said JPMorgan’s global co-head of M&A Dirk Albersmeier.

Bankers are predicting another active year for SPACs, which were one of 2020’s most popular investment vehicles. SPACs are shell companies that raise money through IPOs with the aim of buying a private firm.

More than 200 SPACs raised over $78 billion this year, more than six times the previous record year. With SPACs typically buying companies around five times the size of their IPO, there could be some $300 billion of M&A in 2021 and 2022 by SPACs, according to a Goldman Sachs report.

“The comfort level and understanding of what it means to combine with a SPAC…is something that is driving many companies to consider a SPAC merger,” said Kevin Brunner, co-head of U.S. M&A at Bank of America Corp.

Investor group led by Hellman & Friedman and Permira to acquire Zendesk in $10.2B deal