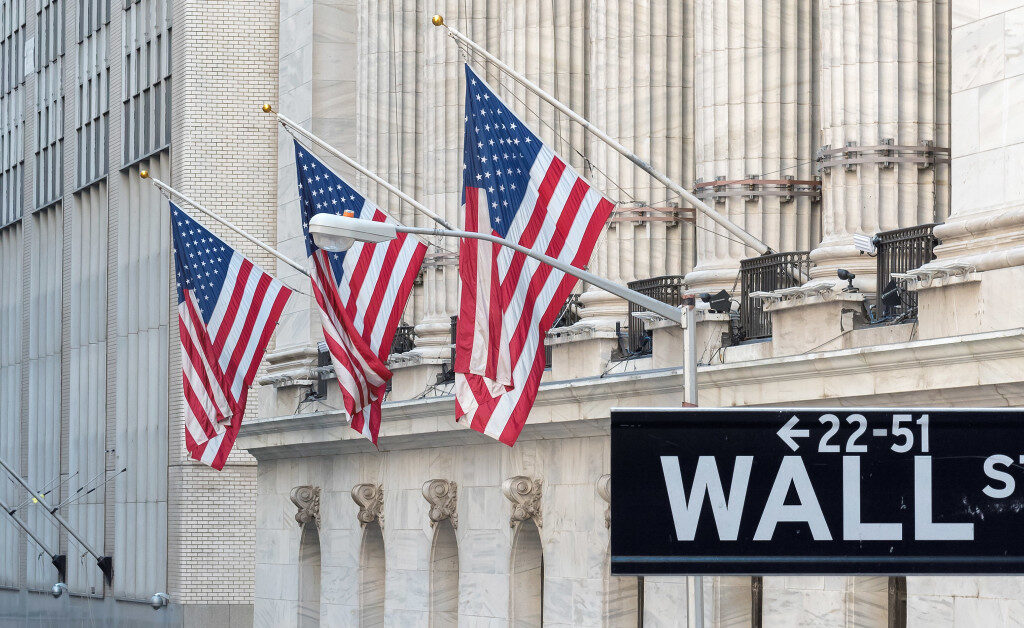 Private equity continues to acquire medical practices while affordable health care sits at the center of political discourse. The dichotomy between these ideologies is glaring.

Along one axis are those who reason that private equity contract management groups (CMGs) are entirely acceptable in emergency medicine. The alternative business model is a physician-owned democratic group. Favoring this are my fellow physicians who agonize that scaling, business-wise, to meet increasing demands for EM is difficult for physician-owned groups. They are further conflicted because our noble oath is antithetical to Wall Street bankers profiting from patients and our sacred practice in myriad ways.

I respectfully recognize that some colleagues are possessed by tempting demons and tortured with untruths and diabolical conflicts. Rather, I am concerned for my fellow physicians fascinated by the alleged conveniences of CMGs, yet simultaneously duped by their unintended consequences. This is a guide in using pattern recognition for the essential yet difficult task of exorcising their demons.

Older colleagues offered this argument, routinely contending that injustices began with democratic groups in which a few senior partners held the contract, made all the decisions, and made loads of money but never shared it. They say CMGs treat everyone as equals.

The counterargument to this is asking, “By equality, do you mean how sweatshop workers are all paid and treated alike?” and “What is the definition of democracy?” Press on by asking whether the term “democracy” actually represents the business structure described. Then say, “Past democratic groups may not have lived up to their reputation, but future endeavors can be properly and democratically instituted for the common good!”

Argument 2: Most EPs cannot manage a practice, and some are bad at business, so EM needed CMGs when democratic groups failed.

Expect to be told that physician-owned democratic groups were failing in the early 2000s because they could not keep pace with market forces and did not have a sound business structure. CMGs offered a bailout.

Health care reforms, which culminated in the implementation of the Affordable Care Act (ACA) in 2010, contributed to the popularity of CMGs. Physicians were motivated to sell their groups to CMGs because of an increased demand for services, changes in pay differentials, payment bundling, and the push to form accountable care organizations (ACOs).

James Blakeman writes about the Medicare and CHIP Reauthorization Act of 2015 and the Merit-Based Incentive Payment System: “Venture capital is pouring millions into buying emergency physician groups, just as it did in the 1990s, because investors understand that money always flows out of the cracks in complex schemes, if you can find the seams. Independent practices do not have to sell just because payment mechanisms are changing.”

CMGs are as shrewd today as they were then in convincing physicians that they were being saved from probable government-regulated business extinction, much like they did recently with MACRA/MIPS. But businesses regularly fail, and government intervention burdens medical practices, but those in EM are nowhere near those felt by other specialties.

That physicians are bad at business or practices are incapable of keeping pace are weak arguments against physician-owned groups. Business structures are bound to fail in any industry, but this has to do with scaling the business rather than the owners’ abilities. Competitive pricing, better contract services, ability to handle government regulations, and stiff competition may have caused the demise of some EM groups.

But there are successful ones too. Some democratic groups were so successful that private equity paid millions for them. Like other startups, they started small, but that has nothing to do with being democratic. Rather, physician owners offered superior service to patients, advocated for them, and won hospital contracts. Another counterargument to this claim is that democratic groups can hire a business manager, and pay a percentage of revenue for management while the partners retain control over the equity, dividends, and direction of the practice. This model does not require us to answer to corporations nor be conflicted over practice autonomy and patient advocacy.

Argument 3: The ACA apocalypse is upon us, and it’s harder to do business.

After the ACA was passed in 2010, the entire health care industry shifted toward dealing with expansion in coverage. The argument is that EM aligned to form mega-groups to work around narrow networks, ACOs, and other government regulations because of consolidation. (Blakeman.)

The business of EM is one of the easiest in medicine—no rental payments, capital expenditure, and infrastructure because our hospitals share administrative burdens, pay support staff salaries, and provide the expensive EMR. Though hospitals fund the majority of the expenses of our practice, they charge high facility fees when a patient walks through our doors.

And we don’t need to recruit patients. A red ED sign serves as sufficient marketing. We will always have patients. Volumes may ebb, but the EM storefront stays open even during a pandemic.

Only a few key elements are required to start an EM practice: a hospital willing to contract for services, EPs, billers/coders, medical malpractice covers, and a comfortable chair to slave away on the EMR. Your group may need to take out a small business loan for initial payroll expenses or the hospital can cover startup costs until a revenue stream is generated. No business comes without some initial investment, but this is generally reasonable in EM.

Argument 4: You can never be successful in practice without good insurance contracts, and only large CMGs can leverage for better contracted rates.

Insurance companies are diabolical. They report record-breaking quarterly earnings, but do not reimburse physicians fairly and frequently deny patients’ claims.

Contract negotiations with commercial insurers are tough, yet a hospital is in need of EM services, and often assists in contracting fair market rates for EM groups providing services. Traditionally, if they do not facilitate insurance rates, they subsidize a group with a contract stipend. The stipend represents the cost of doing business for the hospital, but is funding for the EM practice. It covers the homeless man who cannot afford treatment and ate all the turkey sandwiches.

Better contracts are routinely leveraged by CMGs with a balance billing loophole, and these surpluses are used to negotiate better rates from insurers to lock in their share of this overflow. Insured rates can improve for patients, but billing surprises will similarly nudge upward. The physician-owned groups have already used this form of legal contract negotiation, but how are the two different?

Physician-owned groups were ethical enough to have done so reasonably and sustainably while CMGs seeking maximum returns greatly abused this system to the detriment of our patients and reputations. Aggressive balance billing has led to relentless negative publicity, patients delaying or finding alternative care, lawsuits against CMGs, and congressional scrutiny.

Physician-owned groups also have an advantage over CMGs when negotiating a shift from flat-fee-for-service to pay-for-performance contracts. Even the best treatments offered at high costs can now contain rising future or sequential medical costs. Practices capable of adding such value have attractive leverage with insurers.

Argument 5: Most physicians would rather just be employed, collect paychecks, and go home. The CMG model allows them to practice unencumbered.

You can belong to an equitable physician-owned democratic group and effectively forego partnership by working as an employee and not sharing in any dividends or decision-making. A fair democratic group will have an inherent understanding of the shared obstacles, strengths, goals, and rewards of a medical practice.

But there is little to no choice when employed by a private equity CMG. You give up practice autonomy, due process rights, and are subject to the whims of the CMG and the hospital contract they administer. EPs become disposable work units. A private equity company’s sole goal is a bottom-line return for investors.

This profit motive at any cost is detrimental to the health and well-being of physicians and their patients. To imagine that this does not bleed over into medical decision-making is the worst case of collective denial. Tragically, our colleagues regularly exercise this denial, and it has seeped into the highest levels of leadership in our medical society.

Argument 6: There are no more contracts because hospitals will not entertain physician-owned democratic groups, so we need CMGs.

The landscape of EM has consolidated into a few corporate conglomerates, which are oligarchies with iron grips on contracts through noncompetitive or illegal collusions with large hospital systems in the form of kickbacks.

Currently, our specialty is being held accountable for problems stemming from the surprise billing debate. This, among other things, involved balance billing patients with extra costs, suing them for collections, dark money payouts to politicians, and other forms of corruption.

You do not need an MBA to appreciate the unique business structure of EM or its generous return on investment. Why else would Wall Street bankers want a piece of our action? The uncomplicated business structure makes it simple to administer, but also allows for ample exploitation. Those who claim the business of EM is difficult do not want you to grasp your value or how easily they can profit from your labor. The time has come for emergency physicians to acknowledge their worth and recognize their exploitation.

Emergency medicine will otherwise almost certainly face the destructive suck-dry-and-sell practices of private equity. At the peak of this global pandemic, salaries were cut and emergency physicians furloughed. Even more disturbing is that bailout packages from the government have not reached many of our front-line colleagues risking their lives to save others while fighting daily for personal protective equipment. The CMGs have not advocated for physicians or patients. If you do not believe that the public perception of physicians matters, consider that all of these factors may currently be contributing to high rates of depression and suicide. This is a tragedy for our specialty.

As we lose some of our best and brightest during this pandemic, is this our true nature as a specialty? Is this really the direction in which we wish to continue? Are these so-called strategic partnerships really worth the risks of being despised by the public and losing patients’ trust? How long will our leaders continue to make excuses behind corporate talking points? Isn’t it time that we hold our leadership and ourselves accountable for past sins and future direction?

I hope that my fellow physicians will arm themselves with these recognizable patterns. There is political and economic debate raging over whether the business model of physician-owned democratic groups or private equity contract management groups is better for EM. We must use these patterns to dismantle and reframe this argument with conflicted colleagues, exorcise these demons, and return to sanity. We must reframe our understanding of ourselves and our power to manage our own businesses successfully.

Quinbrook sells Scout Clean Energy to Brookfield for $1B