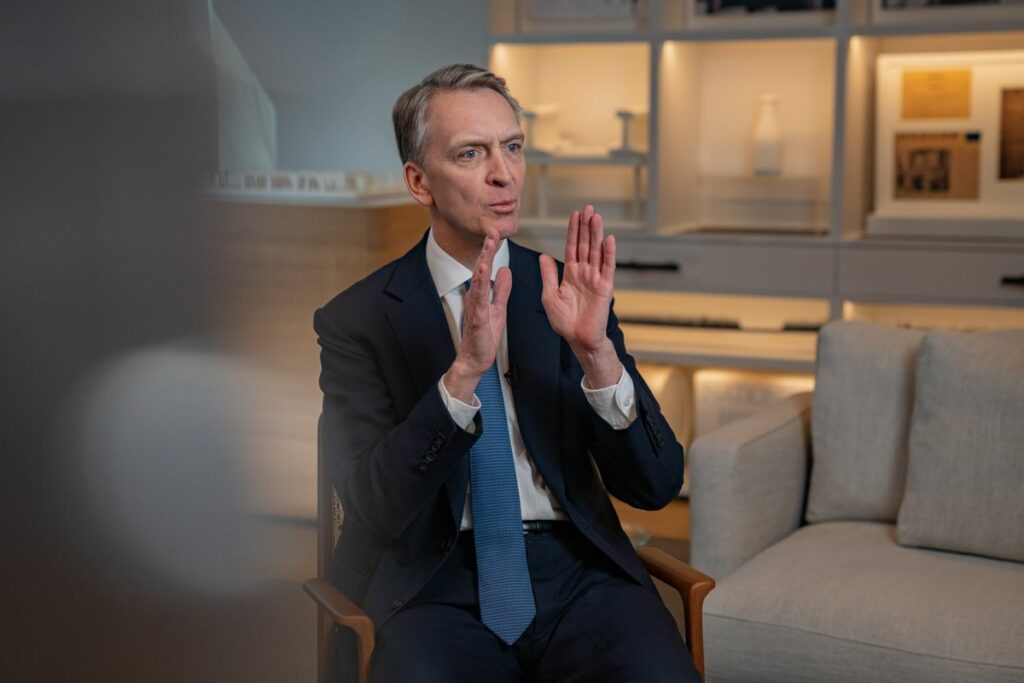 Bruce Flatt, 56, has led Toronto-based Brookfield since 2002, increasing its assets under management to about US$700 billion. He says the company’s stock price reflects the mantra of taking chances but avoiding big errors: The firm’s shares, including dividends, have returned more than 3,700 per cent since Flatt took over. That compares with about 500 per cent for the S&P 500 Index.

Brookfield focuses on infrastructure investments such as toll roads, utilities and real estate. Unlike many private equity firms, it uses its own balance sheet to invest alongside clients. It hired former Bank of England Governor Mark Carney last year to strengthen its environmental, social and governance business and is almost done raising a US$15 billion fund to help companies and utilities decarbonize.

The company is also adding more wealth products for individual investors. Last year it started its own private real estate investment trust after taking over a portfolio of properties overseen by a subsidiary of Oaktree Capital Management. Flatt said the firm plans to create similar vehicles for infrastructure and renewables.

“Inflation actually is a positive for most of the things that we do,” Flatt told Rubenstein, co-founder of Carlyle Group Inc., on Bloomberg TV. But “if interest rates spiral out of control and go up a lot, then that changes the paradigm.” It’s an outcome that he fears but doesn’t expect to happen.