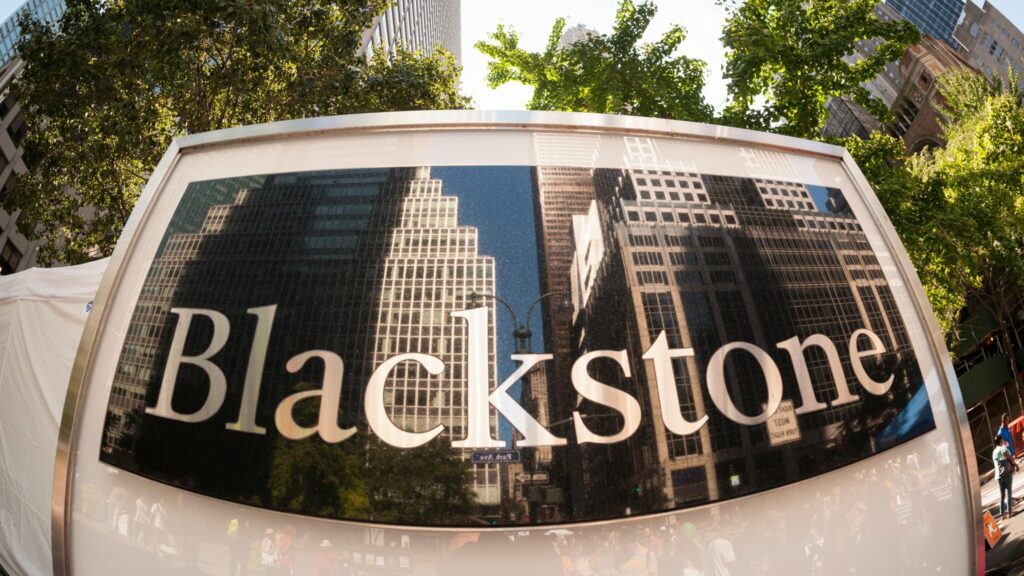 K12T5M The "tombstone" outside of 345 Park Avenue in New York announces that it is the NY headquarters of the Blackstone financial services firm, seen on Saturday, August 19, 2017. Blackstone is one of the world's largest private equity investment firms. (© Richard B. Levine)
Share
LinkedIn Facebook Twitter Email WhatsApp

Blackstone Inc. is in talks about a potential merger of its European building materials retailer with a similar business owned by CVC Capital Partners, people with knowledge of the matter said.

New York-based Blackstone is discussing a possible combination of the business, known as Building Materials Europe BV, with CVC’s Stark Group A/S, the people said. It has also been studying other potential partners alongside concurrent preparations for a listing of BME, they said, asking not to be identified because the information is private.

Exploratory talks on a potential merger have taken on increased importance, as the recent market turmoil makes it more difficult for BME to pursue an initial public offering, according to the people. Blackstone is seeking to value the business at about 6 billion euros ($6.9 billion) in any deal, the people said.

Gulf Capital completes sale of 70 per cent stake in Turknet