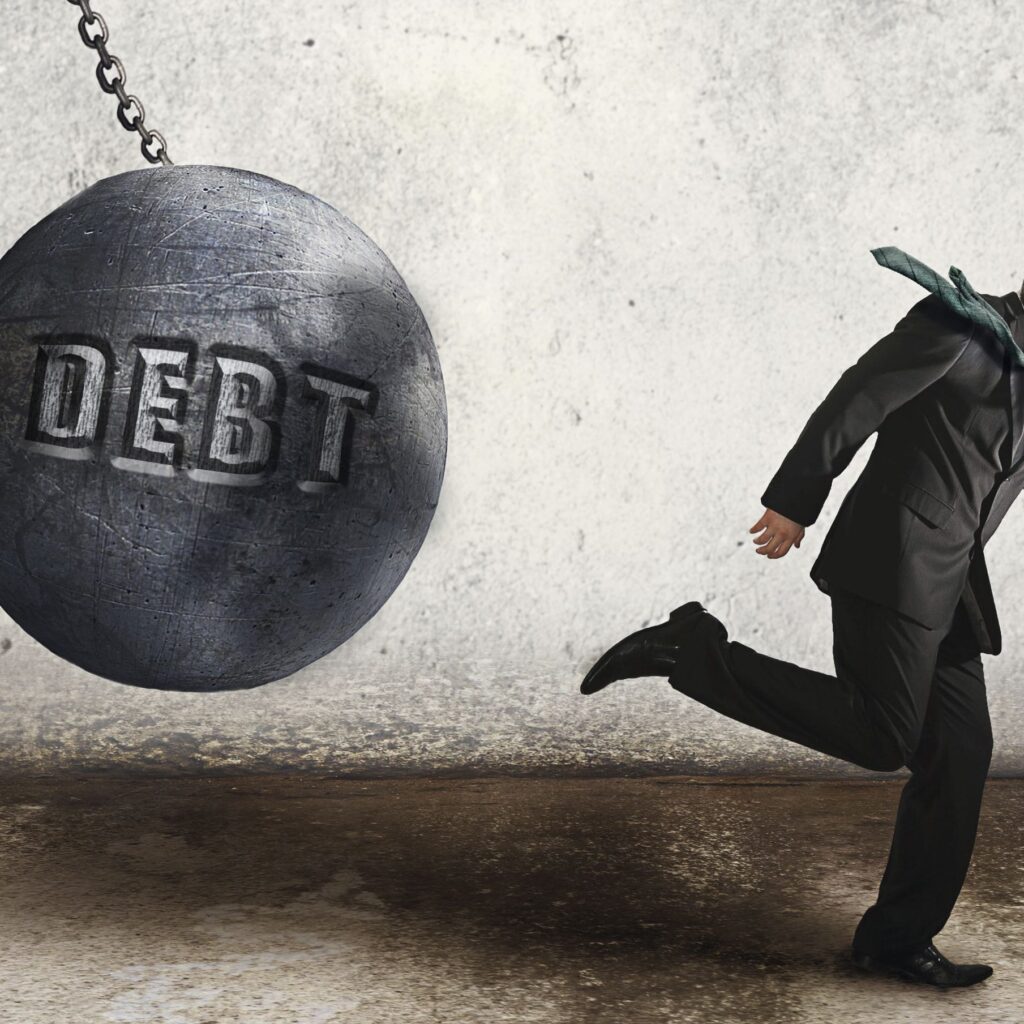 Credit agencies say these firms’ debt loads weigh on their ratings. But the firms say it’s a strategy they can manage.

The heavy debt held by these two BDs, which are owned by private equity firms, limits their options in the event of a severe market downturn and constrains their ability to serve their advisors, Henschen says. The firms, for their part, say that they have strategies in place to manage their debt and that private equity ownership has its advantages.

In Fitch’s most recent report on Advisor Group, the ratings service affirmed the broker-dealer’s long-term Issuer Default Rating of B- that had been downgraded from B in March, while maintaining the negative outlook it provided in March that was downgraded from stable.

“Additional rating constraints include the relatively high reliance on transactional revenues and Advisor Group’s private equity ownership, which introduces a degree of uncertainty over the company’s future financial policies and a potential for more opportunistic growth strategies,” Fitch stated.

The continuing negative outlook, meanwhile, “reflects Fitch’s view that the challenging economic environment, including lower for longer interest rates, may prevent Advisor Group from achieving projected profitability levels over the next 12-18 months, resulting in higher leverage and weaker interest coverage for an extended period,” according to the firm.

Similarly, Moody’s downgraded Advisor Group’s Corporate Family Rating to B3 from B2 with a negative outlook in March.

Although Advisor Group’s acquisition of Ladenburg “helped it expand its scale, it has also substantially worsened its debt leverage, and the risks of operating at higher leverage are magnified in the existing challenging macroeconomic environment,” Moody’s said in an April report.

Moody’s in March affirmed its CFR of B3 for Aretec Group, Cetera’s holding company, while changing its outlook to negative from stable, just as Fitch did with Advisor Group.

The B3 CFR “reflects its weak profitability and debt servicing capacity, with elevated levels of debt,” Moody’s said. The negative outlook, meanwhile, “reflects a challenging macroeconomic environment which will weigh on the firm’s revenue in the form of lower asset-based and advisory fees.”

The negative outlook for Aretec also “reflects the elevated debt level and the increasing probability of deterioration in debt servicing capacity now that interest rates and market levels have declined,” Moody’s said.

Moody’s maintained its B3 rating and negative outlook for Aretec Group in a Nov. 30 report.

Henschen, a recruiter for broker-dealer reps, told ThinkAdvisor in a recent phone interview he had concerns with leveraged buyouts in general.

Since 2018, with Genstar Capital’s purchase of the Cetera BDs, “LBO private equity has made its entry,” Henschen said in a 2020 white paper. And “there are a number of similarities between the Cetera and the Advisor Group LBO purchases, and an accompanying number of risk factors for the advisors,” the white paper noted.

(The private equity firm Reverence Capital bought a 75% stake in Advisor Group in 2019.)

For one thing, “both the Cetera and the Advisor Group broker-dealers have approximately half of their cash flow dedicated to servicing their junk bonds,” the white paper said, adding the “remaining cash flow is primarily dedicated to aggressive recruiting packages and continued acquisition of broker-dealers.”

The results: potential risk to the quality of administrative service the firms provide; market volatility risk; and risk from decreased costs and investments in pay, technology and other areas, according to the report.

“Employee morale is definitely not encouraged by moves like” the pay freeze that Cetera reportedly implemented, Henschen said in the phone interview.

What’s more, “if we have a down cycle in the market,” will a LBO private equity firm ”hold up with approximately 50% of their cash flow already designated to servicing their junk bonds?” Henschen asked.

“We’re in a debt bubble and definitely a private equity bubble, and when these bubbles burst, what happens then?” he said. “They could have further downgrades. Worst-case scenario is they could default on their debt.”

Advisor Group declined to specify how it financed the Ladenburg acquisition or comment on Henschen’s estimate of how much of its cash flow is used to service junk bonds. “As a private company we do not disclose or publicly discuss our financial statements,” Jamie Price, Advisor Group president and CEO, pointed out.

Price also said: “Our management and board are comfortable with our leverage given our strong recurring cash flow and high cash position. We are benefiting from lower rates on our variable debt and we have a significant amount of cash on our balance sheet.  We remain well ahead of plan on the integration of our Ladenburg Thalmann acquisition, which has exceeded advisor retention and financial expectations.”

In addition, “Advisor Group has the size and scale to continue reinvesting back into platforms, technology and tools to help our affiliated financial advisors continue to grow and serve their clients more efficiently,” he said.

Advisor Group was “extremely successful last year in driving accelerated consolidation of the smaller Ladenburg firms and migration of all Ladenburg firms to the Advisor Group shared services platform, which generated very significant cost savings, much sooner than most of the industry expected,” according to Larry Roth, a former CEO of Advisor Group (and Cetera) who now serves as managing partner of New York consultancy firm RLR Strategic Partners.

“In my estimation, the company is generating free cash flow that is far in excess of what is needed to run the business, invest in its growth and service its debt,” Roth told ThinkAdvisor on Thursday.

Not All PE Firms Are Alike

In response to the comments by Moody’s, a Cetera spokesperson said Friday: “Our company’s strong financial health, which reflected a significant increase in cash reserves during 2020, is guided by stewardship to our financial professionals, employees and stakeholders.

“The strength and flexibility of our financial model and underlying capital structure is designed to support the long terms aspirations of our organization enabling us to maintain responsible levels of capital deployment, even during times of uncertainty,” the statement explained.

Responding to Henschen’s remarks, the spokesperson told ThinkAdvisor: “The overgeneralized opinions are not grounded in factual data related to Cetera’s cash flow, recruiting practices, employee engagement, advisor experience or any of our business dealings.”

Cetera also referred to comments made by CEO Adam Antoniades in April: “Not all private equity firms are created equally and not all debt is the same. But the right private equity partner, with the right investment thesis, can design a capital structure that helps their portfolio companies take advantage of the opportunities that arise from market disruption.”

Antoniades added, “Although uncertainty appears to be the pervading force in today’s markets, firms with well-aligned PE ownership generally have three distinct advantages as they navigate the challenging environment: stability, liquidity and viability.”

Earnings in the US middle market are booming, says Golub Capital