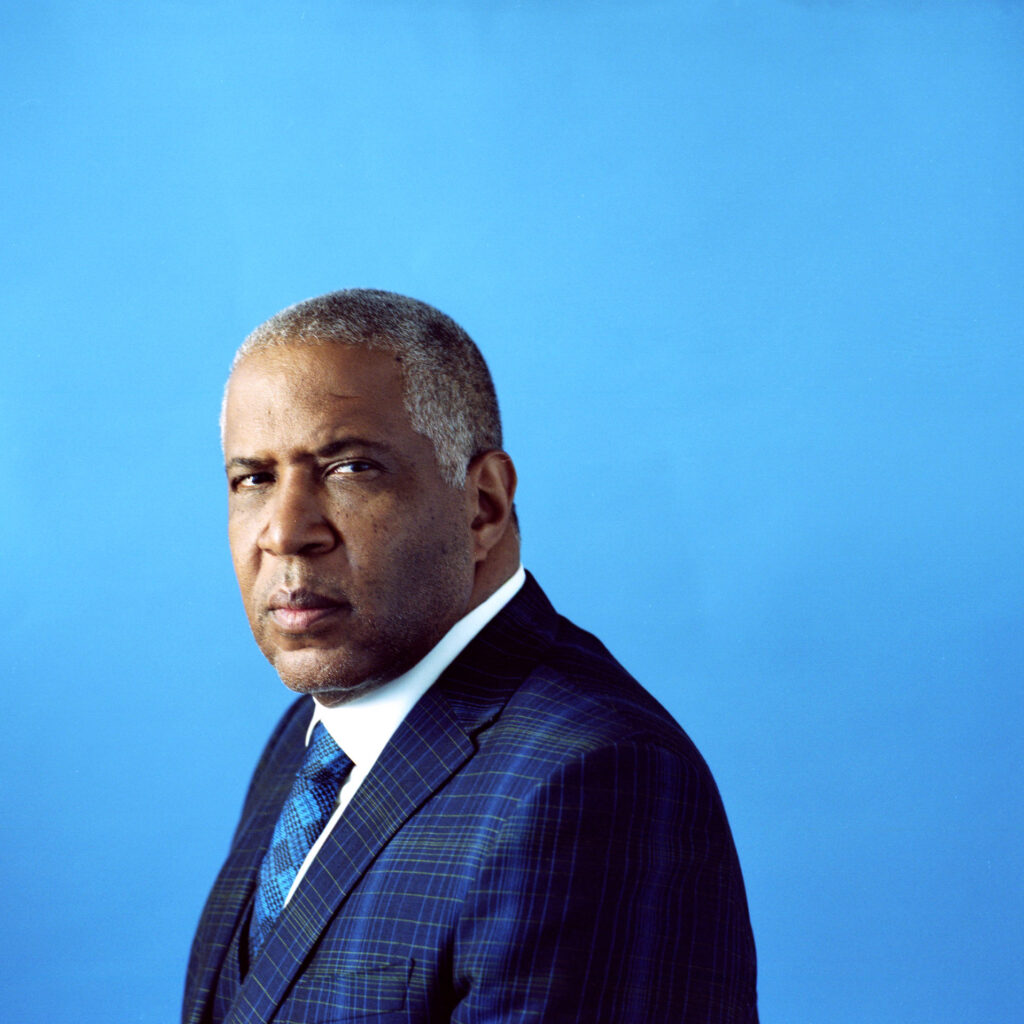 AUSTIN, TX - JUNE 16: Billionaire investor and philanthropist Robert F. Smith is seen in a portrait in Austin, Tx on June 16, 2020. Smith made headlines after agreeing to pay the student debt of the 2019 graduating class of Morehouse College. Currently he is pushing to help African American owned businesses connect with small business assistance programs. (Photo by Christian K. Lee for The Washington Post via Getty Images) (Image produced with a Pentax 67 camera body on 120 film)
Share
LinkedIn Facebook Twitter Email WhatsApp

Billionaire Robert Smith’s Vista Equity Partners is discussing a stake sale to reduce Dyal Capital’s lucrative ownership slice in the buyout shop. Smith has kicked off discussions with executives at Dyal in recent weeks seeking a partial sale of their stake in his firm, according to people with knowledge of the matter. For Dyal, its control in Vista is one of its most valuable investments, with the tech-focused private equity firm’s assets having grown five-fold since its initial purchase in 2015.

Vista could seek to offer the piece to one or more of its existing investors in its funds, the people said, asking not to be identified discussing private conversations.

The talks come as Vista seeks to turn the page on a tumultuous 2020 with its founder Smith admitting to evading taxes and a management shakeup. Dyal, meanwhile, is locked in a tussle with some other investment firms, grappling with the fallout from its December announcement to merge with private-credit power player Owl Rock.

The two sides have not yet formalized an agreement and the buyout firm could also initially elect to repurchase some of the stake from Dyal, one of the people said.

By Sridhar Natarajan and Sonali Basak

Seven Years After Its Ipo Collapsed, Deezer Is in Talks to to Go Public Again via a SPAC