9 big things: The race to build the next Tesla 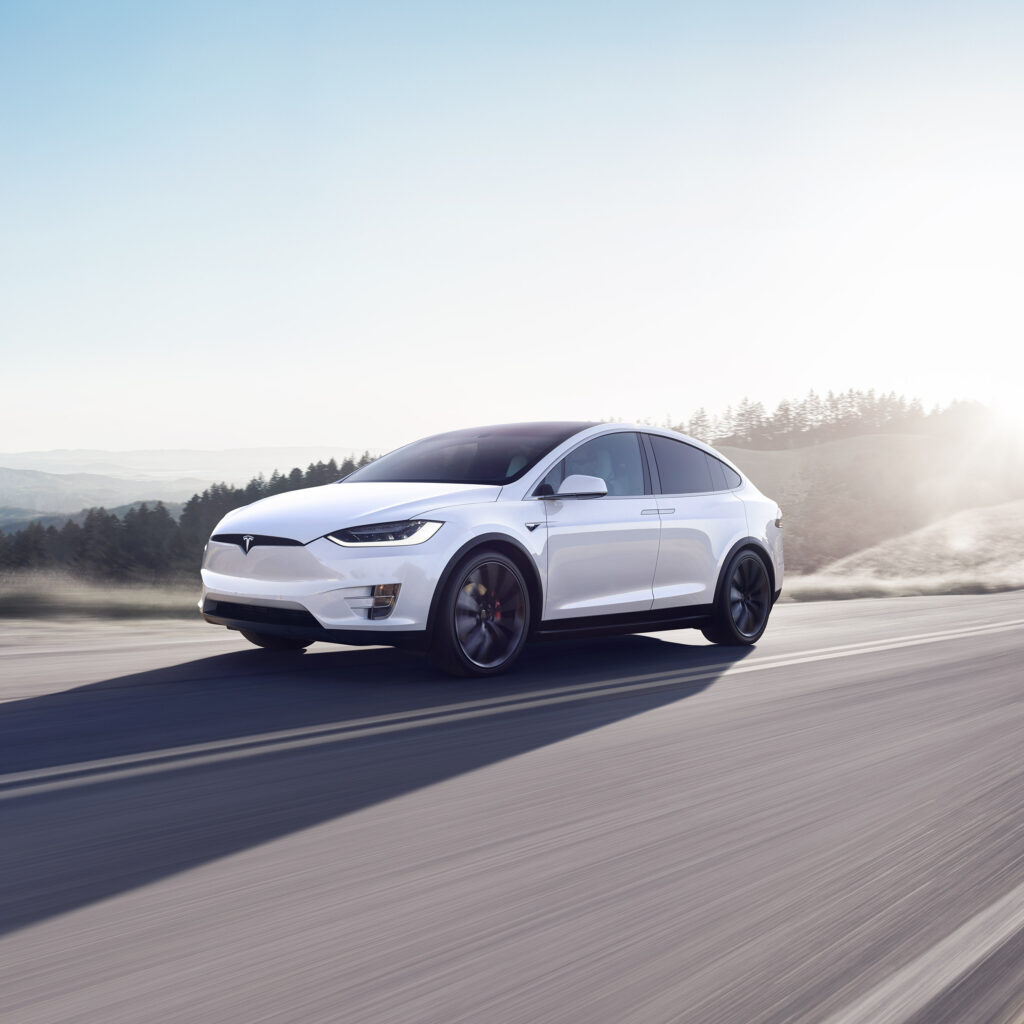 Tesla sold fewer than 500,000 cars last year, by far its highest annual total on record. That accounted for less than 1% of all global automotive sales. And yet Tesla is now one of the 10 most valuable companies in the world, and its co-founder and CEO, Elon Musk, is the wealthiest person alive.

You can see why it’s a company others would want to emulate. There is now a consensus that the future of automobiles will be powered by electricity, not gasoline. The first-mover advantage is a powerful thing, and Tesla clearly has it in the race to bring electric vehicles to the masses. But as the massive potential of this nascent market becomes obvious, it’s also clear that there is still room for others to seize a significant slice for themselves.

Two other electric vehicle upstarts with two different strategies have each raised billions in new funding from investors hoping to find just a little bit of that Tesla magic. That’s one of nine things you need to know from the past week:

Rivian and Cruise are not yet household names. But a host of powerful tech companies, automotive manufacturers and Wall Street investors are betting big that they will be soon.

My colleague James Thorne has the full details on the combined $4.65 billion the two companies raised this week across separate rounds, as well as the steady progress they’re making toward bringing their respective electric vehicles to the road.

The short version: Rivian landed $2.65 billion at a $27.6 billion valuation in a round led by T. Rowe Price, with Fidelity Management & Research and Amazon’s Climate Pledge Fund among the other investors. Cruise, which is owned by General Motors, raised over $2 billion at a $30 billion valuation, with GM, Honda and Microsoft all among its backers.

Both companies are approaching electric vehicles from angles differing from Tesla, which has so far restricted its mainstream offerings to sedans and SUVs. Rivian is focusing on larger electric vehicles, with plans to bring an electric pickup truck and an SUV to market as soon as this year. It also has a contract to provide 100,000 electric delivery vans to Amazon. Cruise, meanwhile, is trying to step even further into the future, with a focus on electric cars that are also autonomous. Cruise began testing its driverless vehicles on the streets of San Francisco last month.

The two new funding rounds underline just how capital-intensive it is to bring groundbreaking automotive technology to market at scale. Rivian has now raised an extraordinary $8 billion in total funding since the start of 2019, according to various reports and PitchBook data. Cruise, meanwhile, boasts more than $10 billion in funding since the time of its acquisition by GM in 2016.

That acquisition is an interesting inflection point for the automotive space, a demonstration of just how quickly the industry has embraced the electric. GM paid $581 million in the deal, a drop in the bucket for one of the largest automakers in the world. Now, as new technological developments continue to make EVs cheaper and easier to produce, Cruise’s $30 billion valuation represents a significant fraction of GM’s roughly $80 billion market cap.

Rivian and Cruise are two of the best-funded entrants in the electric vehicle derby, but they’re far from the only ones. Chinese EV manufacturer Nio became a stock-market darling in 2020, with its shares rising more than 1,000% over the course of the year, resulting in a market cap that now approaches $100 billion.

In recent months, many other manufacturers have tried to take advantage of investor enthusiasm by going public through SPAC deals, as PitchBook analyst Asad Hussain outlines in a fantastic new research note. Another competitor, Lucid Motors, is reportedly negotiating a $15 billion deal that would be one of the largest SPAC mergers on record.

It hasn’t all been smooth sailing in the EV-to-SPAC pipeline. Nikola, one of the earliest companies in the space to go the SPAC route, saw its share price collapse last year after a short-seller accused the company and CEO Trevor Milton of defrauding investors. Milton stepped down, and Nikola’s share price has continued to sink—a reminder that the EV market is still far from mature, and that none of the companies in it are sure things. There’s also the fact that traditional automakers are developing electric vehicles of their own, and it remains to be seen how much of the market the nouveau riche will be able to seize.

With their star-studded and deep-pocketed backers, though, Rivian and Cruise seem as well-positioned as anyone. Will they be the next Tesla? That’s a tall task. But as the Biden administration advocates for a new electric vehicle era, they should have every opportunity to make their mark.

TripActions, a provider of travel and expense management software for corporations, was just valued at $5 billion as part of a new funding of $155 million, a sign of investor optimism about the recovery of the business travel market once the ravages of COVID-19 subside. For those looking to take shorter trips by air, we have Joby Aviation, a developer of electric air taxis, which is negotiating a potential SPAC merger that could come at a $5 billion valuation, Reuters reported.

Delivery startups of every sort seem to be all the rage during these days of social distancing. In the UK, flower delivery startup Bloom & Wild collected £75 million (about $103 million) in a round this week led by General Catalyst. And in news about a different kind of flower, The Wall Street Journal reported on Jay-Z’s plans to launch a new $10 million fund aimed at investing in minority-owned cannabis startups, using capital that came out of a SPAC merger last year between cannabis companies CMG Partners and Left Coast Ventures.

The parent of Office Depot rebuffed a $2.1 billion takeover offer this week from Staples, a Sycamore Partners portfolio company. But Office Depot did leave the door open for a potential joint venture or divestiture to Staples, rather than a full sale. Sycamore also placed a new bet this week on an industry hit hard by the pandemic, agreeing to pay $201 million to buy the Azamara luxury cruise line from Royal Caribbean.

Multiverse is a UK-based startup that raised $44 million from backers including General Catalyst and GV for its tech-powered education and job-training services. The founder of Multiverse is Euan Blair, the son of former UK Prime Minister Tony Blair. Another prominent European startup founder, meanwhile, Tom Blomfield of Monzo, is stepping down from the online banking company, opening up to TechCrunch about his unhappiness and mental health struggles in recent years. Kudos to Blomfield for his candor, and best of luck with whatever comes next.

Investor enthusiasm has surged in the past year for IPOs and for companies in the healthcare sector. Private equity firms have taken note. Apria, a provider of home healthcare equipment backed by Blackstone, filed for an IPO earlier this month, and it was followed this week by Signify Health, a home health company owned by New Mountain Capital. That leaves Ortho Clinical Diagnostics, a healthcare testing company backed by The Carlyle Group that set terms this week for a debut that could raise $1.5 billion.

Less than two weeks after walking away from a planned $5.3 billion sale to Visa, a company that’s named after one pattern is already capitalizing on another pattern: the current feeding frenzy in fintech. Plaid is in talks with investors to raise new funding that could come at a valuation of $15 billion, The Information reported. And Plaid announced plans to launch a new fintech incubator for early-stage founders from underrepresented backgrounds.

Private equity firms popped up this week in talks about two different potential mega-deals in utilities. Apollo Global Management, Brookfield Asset Management and KKR are all mulling offers for what could be a $10 billion stake in Saudi Aramco’s oil pipelines business, Bloomberg reported. Ardian and Global Infrastructure Partners, meanwhile, sent a letter to Suez indicating their willingness to make an offer for the French water and waste management utility, an alternative to a hostile $13 billion bid from rival Veolia that has sparked contentious talks and calls for peace from the French government.

For a brief stretch, Juul was among the most valuable startups in the world. Then, the lawsuits arrived. But the vaping industry is still of interest for other companies and investors. RLX Technology, a Chinese manufacturer of vape pens, raised $1.4 billion this week in an upsized IPO on the NYSE, then saw its shares spike 146% in their first day of trading on Friday, ending the week with a market value of some $46 billion. The company’s backers include Sequoia China.