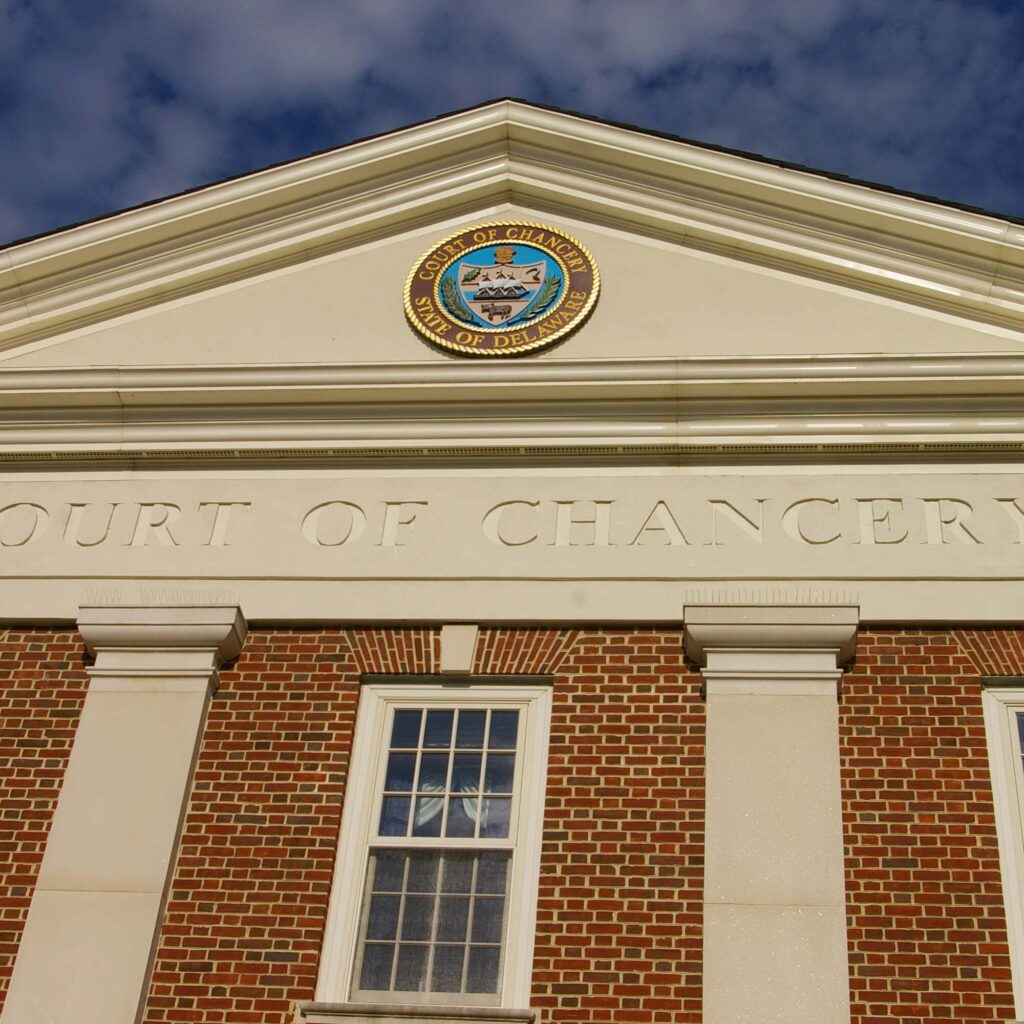 Testifying Tuesday in a Delaware Chancery Court Zoom trial, a partner from the private equity fund Snow Phipps accused counterparts at Kohlberg & Company of telling him “a lie” last April, when Kohlberg said that its funders were no longer willing to back Kohlberg’s $550 million acquisition of the Snow Phipps portfolio company DecoPac, a cake decorating wholesaler.

Snow Phipps’ Alan Mantel told Vice Chancellor Kathaleen McCormick that the funders, most of whom were already providing financing to the cake decorating company, were in fact willing to move forward on the terms they had negotiated with Kohlberg in March – but that Kohlberg was using the escalating coronavirus pandemic to push for more favorable terms. “They had no right to walk,” Mantel said Tuesday morning.

Kohlberg ditched the DecoPac deal in April, a couple of weeks before the scheduled May closing, asserting that COVID-19 had triggered the material adverse event clause of its deal contract with Snow Phipps. Snow Phipps sued the Kohlberg entities involved in the acquisition to force the deal to close. And though the closing date has long passed and commitment letters from the original funders have expired, Snow Phipps still wants Kohlberg to complete the $550 million deal. In just the last week, Mantel testified, the investment firm Benefit Street told Snow Phipps that it would provide $285 million in financing to close the Kohlberg deal.

Kohlberg counsel Andrew Gordon of Paul, Weiss, Rifkind, Wharton & Garrison tried during cross examination to cast doubt on the viability of the Benefit Street offer – and on Mantel’s credibility. Gordon pressed Mantel to concede that the new financing offer would “provide less debt … at higher interest rates” than the agreement from last spring. He also pushed the Snow Phipps partner to acknowledge that he had misled Kohlberg about other bidders’ interest in DecoPac during the sale process last February.

The DecoPac busted deal case appears to be the second Delaware Chancery Court trial over an acquisition upended by COVID-19, following a fiery case last fall over Mirae’s abandonment of a $5.8 billion deal to acquire luxury hotels from a successor to China’s Anbang Insurance. The Anbang case, you may recall, featured a wild tale of faked deeds to some of the hotel properties, as well as intense scrutiny of the conduct of some big-name lawyers involved in the deal. Based on Tuesday’s testimony – as well as pre-trial briefs from Snow Phipps and Kohlberg – the DecoPac trial probably won’t be equally spicy. But the case raises some important questions about whether the impact of the pandemic constitutes a material adverse event for a company that’s already struggling.

There’s no doubt, according to Mantel’s testimony, that DecoPac was not in great shape at the beginning of 2020. Snow Phipps had only owned the business since 2017 but had concluded that the growth it envisioned when it acquired the company was impossible without a big shakeup. The private equity fund’s bankers shopped the cake business widely but Kohlberg was the only bidder to make a formal offer last February.

By then, COVID-19 was already looming. As deal lawyers for Snow Phipps and Kohlberg finalized the M&A agreement, Snow Phipps tried to add a carveout for “any epidemics (or) pandemics” from the contract’s MAE clause. Kohlberg refused. Snow Phipps partner Mantel testified Tuesday, during direct examination by Snow Phipps counsel Andrew Rossman of Quinn Emanuel Urquhart & Sullivan, that he regarded the pandemic carveout as “belts and suspenders” because, in his view, Kohlberg already bore all of the COVID-19 risk in the contract. Kohlberg counsel Gordon, however, suggested during cross examination that Mantel sought to add the pandemic carveout after seeing a Kirkland & Ellis client alert advising sellers to consider COVID risk.

At the beginning of March, just before the contract was to be signed, Kohlberg demanded a $50 million haircut from the agreed-upon $600 million purchase price. Kohlberg’s demand letter mentioned COVID in only one place, referring to the “complete exclusion of coronavirus impact” from an insurance policy on representations and warranties in the deal agreement. Mantel testified that he nevertheless regarded the haircut demand as a reflection of the debt market’s deepening concerns about the pandemic and uncertainty about how COVID might affect DecoPac’s supply chain and customer base. (On cross-examination, Kohlberg counsel Gordon sought to undercut that testimony, implying that Kohlberg demanded the discounted price after conducting due diligence on the cake company’s expected earnings.)

Concerned about restarting the sale process, Snow Phipps agreed to the haircut. The two private equity firms signed the acquisition agreement on March 6. As the pandemic worsened in March, DecoPac drew down $15 million from its revolving credit facility. Mantel testified that the draw-down was typical for Snow Phipps portfolio companies and that DecoPac was never short of cash. He said Snow Phipps was in regular contact with DecoPac’s lenders and with management, and that the Kohlberg deal was on track despite COVID.

Then, on April 1, Mantel heard from a Kohlberg partner that the lenders were balking. Mantel testified that he was “surprised,” since three of the four lenders were already providing financing to DecoPac and hadn’t told Snow Phipps about any problems. Snow Phipps counsel Rossman asked Mantel in Tuesday’s trial if Kohlberg was telling the truth about the lenders. “No,” Mantel said. “That was a lie.”

What Kohlberg wanted, according to Snow Phipps, was better terms from the lenders in light of DecoPac’s sliding revenue. The lenders wouldn’t give the requested addbacks without reopening negotiation of their commitments to Kohlberg on the deal. Mantel said Kohlberg wanted to look around for alternative funding. But Snow Phipps, he said, believed that Kohlberg would have to complete the acquisition, which was not contingent on outside financing, regardless of who the funders were.

But a month after signing the acquisition agreement, Kohlberg told Snow Phipps that it couldn’t find alternative financing and planned to terminate the deal. According to Mantel, Kohlberg told him on April 5 that it believed DecoPac had experienced an MAE and, moreover, that the cake company had breached contract covenants. “They were insistent there would be no closing,” Mantel said. “Our only redress was to go to court.”

Gordon’s strategy in cross-examining Mantel was to emphasize DecoPac’s disappointing financials, implying both that Snow Phipps had offered unwarranted revenue projections during the sale process and that the cake company had been decimated by COVID-19, since fewer group gatherings means fewer orders for decorated cakes. The Kohlberg lawyer spent a lot of time establishing that Snow Phipps was jubilant when it believed it had dumped DecoPac by signing the March 6 deal. Kohlberg has said in court filings that even if Snow Phipps prevails on its claim that the acquirer did not have a right to ditch the deal, it’s liable only for a $33 million breakup fee – not obliged to complete the transactions.

On the rare occasions when Vice Chancellor McCormick spoke on Tuesday morning, it was to ask Mantel to elaborate on some of his answers. (The judge was presiding from her home, where she said she is sequestered after exposure to someone with COVID-19.)

With additional trial days scheduled for this week and for the end of January, it’s going to be a while before we find out what the vice chancellor has to say about the DecoPac deal. But it’s notable that COVID-19 has prompted two full-blown MAE trials in Chancery Court, where such cases have previously been few and far between. Who could have predicted that MAE trials would be a symptom of the pandemic?

Carlyle to acquire CBAM for $787m in credit investment push