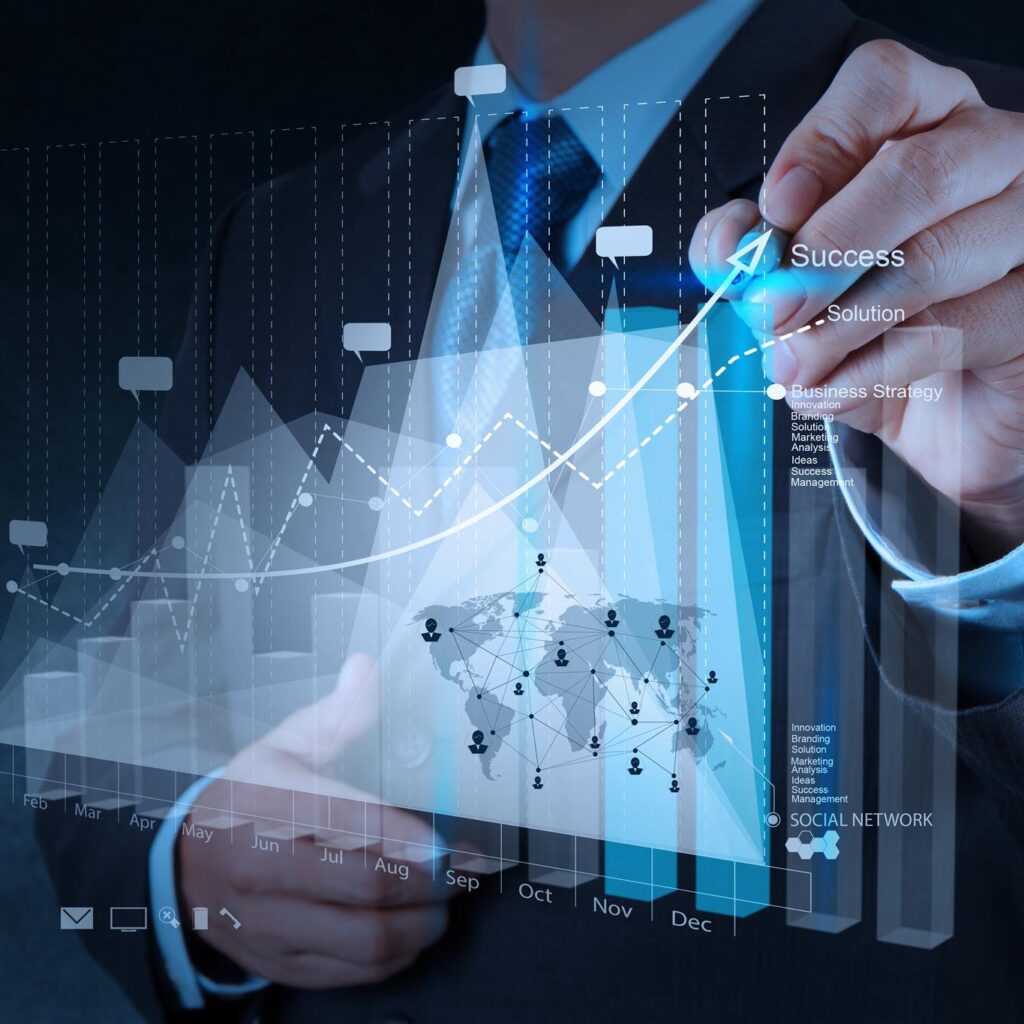 As in past years, these outrageous predictions take actual events and trends to extreme conclusions. Some may come to pass, but the primary goal is to amuse.

Although a critical mass of the globe’s population is vaccinated against Covid-19 and travel restrictions are fully lifted, private equity’s most anachronistic tradition, face-to-face meetings between established fund managers and investors, is disappearing. An unprecedented $846 billion is raised globally in 2021 – surpassing the 2017 record of $839 billion[i] – but 30 percent is digitally committed, without face-to-face meetings. Online private equity marketplace membership skyrockets[ii]. Somewhat ironically, the rise of remote investment – a fait accompli in other asset categories – leaves more time to meet in person with new and emerging managers; these managers take a record 22 percent of 2021’s fundraising.

Merrick Garland, U.S. President Joe Biden’s newly appointed Attorney General, pursues aggressive anti-monopoly investigations of the FAANG group of technology companies – Facebook FB +2%, Amazon AMZN +1.3%, Apple, Netflix NFLX -1.1% and Alphabet (formerly Google GOOG +0.2%). Also known as the Big Five, these tech giants account for a disproportionate share of the U.S. stock market’s superior performance and many of the cutting-edge advances in remote sales and marketing in recent years. Between August and September, to prevent likely court ordered breakups, all the FAANGs sell major divisions to private equity’s carve-out specialists, who increase their financial firepower through club deals with one another and co-investment with their investors. Private equity investment momentum, which has been growing at the expense of shrinking global stock market listings for years, gets a significant boost, while public share prices slump.

In June, visionary entrepreneur and space enthusiast, Elon Musk, launches the $50 billion Final Frontier Fund. Musk’s FFF invests in cosmos-focused startups and is the first venture capital fund – indeed, the first private equity fund of any type – to take advantage of 2020 U.S. Department of Labor guidance permitting retail investment in private equity funds through target-date retirement vehicles. Musk’s move sets in motion dozens of similar launches focused on everything from buyouts to private credit. With some $465 billion in retail cash invested in private equity funds by the end of the year, the market capitalization of listed private equity funds rises 83 percent on average in the final six months of 2021.

Inspired by a much smaller 2020 operation carried out by France’s Banque Publique d’Investissement (total value: €95 million)[iii], in February, Singapore’s state-owned investment bank, Temasek sells 30 percent of its $10 billion private equity portfolio at a market-rate 10 percent discount to a special purpose vehicle – The Singapore Lion Fund – designed for retail investors. To ensure relatively broad access, investors can invest a minimum of $5,000 and a maximum of $75,000 in SLF. Units can’t be traded and liquidate in parallel with assets sales from the underlying private equity funds. With units 20 times oversubscribed, Singapore pledges to carry out sales every year and by April introduces twice yearly redemptions and resales at par for SLF and its future iterations. More than a dozen state-owned investment entities throughout the world create similar programs by December.

In September, Steve Schwarzman, Chairman and CEO of PE giant Blackstone ($538 billion in assets under management), corrects what he calls the “heroic” mistake of selling public-equity focused BlackRock ($8.6 trillion in AUM) in 1994. He buys back his former division after Blackstone’s market capitalization – $74 billion in January – soars above that of BlackRock – $111 billion in January (see OP2 and OP3). BlackRock has 16 times more in AUM than Blackstone, but investments are overwhelmingly held in low-margin, passive index-linked accounts, while Blackstone’s are held in high-margin PE accounts. BlackRock’s Chairman and CEO, Larry Fink, retires as part of the all-share deal, while his shareholders get 44 percent of the expanded Blackstone. “BlackBoulder”- what pundits call the new group – is ideally positioned to take advantage of PE’s growing retail popularity, particularly among BlackRock’s millions of defined contribution customers.

The unrestricted right of UK-based private equity managers to market their funds within the European Union, lost on January 1st when Brexit took effect, is not restored in March, when Britain and the European Union agree to a final framework on financial services. By the end of 2021, nine of the 25 largest PE firms based in the UK have decamped to the continent to raise money more easily. The lion’s share relocate to Paris (please ascribe no bias to the fact that your writer is a French national).

In April, Masayoshi Son, the founder of the $100 billion SoftBank Vision Fund, the world’s largest venture capital investment vehicle, launches the $20 billion SoftCoin Fund, a venture capital fund backed by shares issued in an eponymously named cryptocurrency (SoftCoin). Half of the funding is provided by a syndicate put together by the Winkelvoss twins, Cameron and Tyler, reputedly the world’s first Bitcoin billionaires (they also famously sued Facebook founder Mark Zuckerberg for allegedly stealing their ideas).

The buying and selling of closed private equity funds on the secondary market soars to $300 billion in 2021. The new record represents a more than fourfold increase over 2020, when volume was severely impacted by Covid-19-related market dislocation and easily surpasses the previous high of $86 million in 2019[iv]. The secondary market boom is stoked by a huge jump in volume for GP-led transactions. In these deals – typically orchestrated by a fund’s manager, or general partner – anything from individual companies to entire portfolios are collectively transferred from one investor group to another. With numerous portfolio company sales to third parties put on hold by Covid-19 market dislocation last year, such deals, which permit existing investors to rollover while offering liquidity to others, multiply rapidly in 2021.

Private equity giant KKR ($222 billion in assets under management; $75 billion in credit strategies) closes the $40 billion Titan Direct Lending fund in December, the largest fund of its type ever raised. Despite unprecedented monetary and fiscal stimulus to combat the Covid-19 crisis, the loan and bond guarantee programs that spread government largesse are disproportionately benefitting firms with revenues of $1 billion or more and access to syndicated credits. In a context where banks have been pulling back from mid-cap and small-cap lending for years, the economic slump caused by the Covid-19 crisis is creating exceptional investment opportunities – for both equity and credit strategies.